Romantic reads in the Pacific Northwest 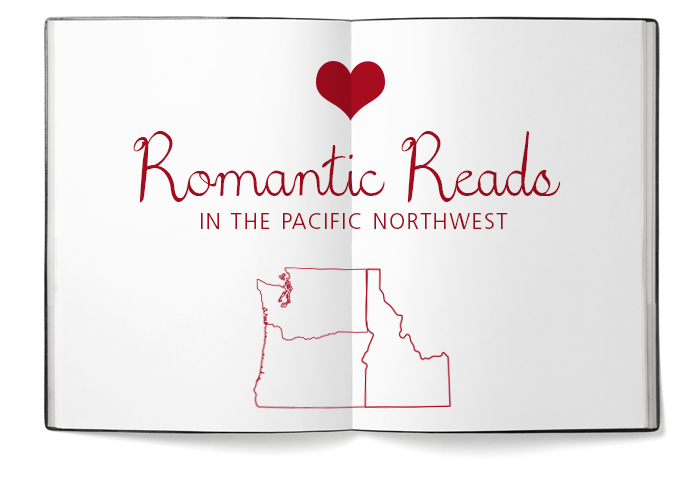 Readers tend to have favorites: a specific author, series, or genre that they come back to over and over. For me, it’s romance. When I have time to read, I like to snuggle up with a steamy novel. And when I’m not reading them, I’m usually feeding my addiction by hunting them down at the library or online. And even though I work at the library, I like to buy books too, so my shelves are full.

As my bookshelf at home fills up, I’m constantly finding books I’d love to share with others. For example, did you know there are lots of great romance series set in the Pacific Northwest? I’ve found that reading a book with a familiar setting can help enhance the reading experience. You can smell the smells, envision the landscape, feel the breeze, and savor the tastes, because it is close to home.

These titles celebrate the many unique and beautiful places that make up our region, focusing on three states.

To help romance experts and those new to romance alike, I’ve given each a steam-level rating as follows: 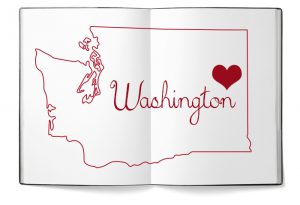 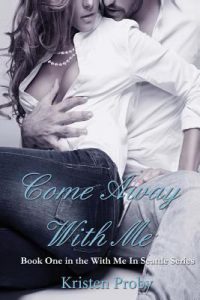 Come Away with Me by Kristen Proby
Series: With Me in Seattle (8 novels)
Steam level: high

Proby’s novels are filled with solid writing and likeable characters. The first of the series, Come Away with Me, introduces Luke Williams, an alienated movie star who is disenchanted by the bright lights of Hollywood. On a Seattle beach, he meets Natalie Conners, a photographer he mistakes for the paparazzi—a misunderstanding that sparks their soon-to-be steamy romance.

The story of Luke and Natalie is light and breezy, free from overwrought drama. Seattle serves as a beautiful backdrop to their relationship. Over the course of eight novels, Proby introduces us to the wide circle of the Luke’s and Natalie’s families and friends, providing additional romances and side-stories for the avid reader. 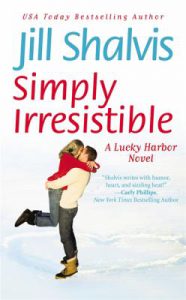 Jill Shalvis is one of my favorite writers. Her Lucky Harbor series never lets me down. The town of Lucky Harbor is fictional but is reminiscent of many cities along the Puget Sound.

Simply Irresistible follows Maddie Moore who has recently lost both her job and her boyfriend. Having decided she’s in need of a change, Maddie trades the fast pace of urban Los Angeles for the more sedate Lucky Harbor. There Maddie’s mother has left her three daughters a dilapidated inn. After much discussion, the sisters decide to renovate and run it together. Enter Jax Cullen, a contractor Maddie hires to fix up the inn, and who turns out to be the man of her dreams.

Shalvis has a gift for creating lively, quirky characters that populate her homey and delightful small town. The residents—and the romance—will keep you reading time and again. 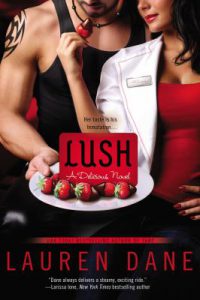 Dane, who is known for her Brown Family series which takes place in Seattle, sets these spin-off novels on the small, island community of Bainbridge. This series can be read out of order. In fact, I started with the third novel of the series, Lush, and highly recommend it.

Lush tells the story of Mary Whaley, supper club owner and full-time caterer whose two successful businesses keep her on her toes, and in-demand, rock icon Damien Hurley. When Damien meets Mary at the engagement party of a mutual friend, he is immediately intrigued. Mary, however, is hesitant and wary of Damien’s rocker reputation. As their relationship develops, Dane peppers the novel with witty banter and charged chemistry. Even casual romance fans will enjoy this delightful series. 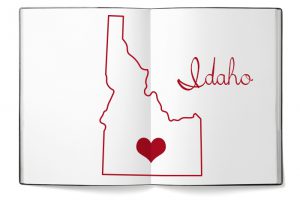 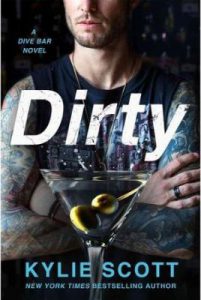 Kylie Scott has a gift for creating characters with flair. The Dive Bar series is set in Coeur d’Alene and begins with a bang.

Lydia Green discovers her to-be-husband is cheating on her just hours before her wedding. Devastated and desperate, she flees the wedding, hopping a fence and breaking into a nearby home. The owner, Vaughan Hewson, returns home to find the runaway bride in his bathtub. But Vaughan has problems of his own, including a sister with a failing local bar. At first, he wants nothing to do with Lydia. But it turns out Lydia may be just the thing he needs to get his life on track. 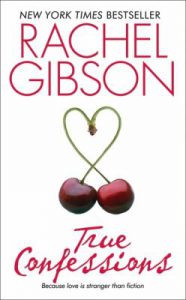 Small towns often make the perfect setting for romance novels. Away from the hustle and bustle of the city, Gospel, Idaho, may be fictional, but its sense of small-town pride and offbeat citizens will put a smile on your face.

In True Confessions, tabloid reporter Hope Spencer comes to Gospel hoping for inspiration. She makes her living writing about alien abductions and chicken nuggets shaped like Elvis. Where better to find those stories than in off-the-wall Gospel? But Hope finds the reality of Gospel to be much stranger than she imagined. Sheriff and single-dad Dylan Taber is confident that newcomer Hope is going to cause quite a stir with her flashy ways—which would be all right if she wasn’t stirring up longing in him. Dylan is sure romance isn’t in the cards, but fate may have other ideas.

This story is pure fun and has plenty to love, set amongst the mountains of Idaho. 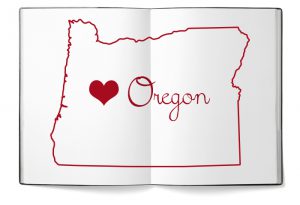 Thunder Point is a fictional town set on the Oregon coast, a landscape familiar to me from my frequent childhood vacations along those shores. Carr’s writing pulled me back to Cannon Beach where I spent numerous summers.

Hank Copper is new to Thunder Point, having recently inherited a prime slice of beachfront property after the mysterious death of a good friend. Unfortunately, the locals are none too keen on what they see as corporate land development and are decidedly cold about Hank’s arrival.

Sarah Dupre is a Coast Guard Rescue pilot fresh from a nasty divorce. Her path crosses Hank’s when he rescues her younger brother from a group of local bullies. In short order, Hank and Sarah become friends, and then more.

While Hank and Sarah are the stars of the show, Carr broadens her canvas early on, shifting attention to several different relationships within Thunder Point. Unlike some other romances, Carr doesn’t offer a tidy happy ending. Instead things are left to continue in future novels. If you like ensemble casts and books that address pressing social issues, then this series is one to read. 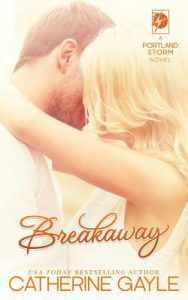 Warning: This series deals with difficult subject matter that may be hard to read for some.

Two of my favorite things—hockey and romance—come together in this delightful series. Set in the city of Portland, the series follows the players of the Portland Storm, a fictional NHL franchise.

Kicking off the series is Breakaway, the story of former women’s hockey star Dana Campbell and Storm captain Eric Zellinger. Dana Campbell’s life was forever changed one night in college. Since then, she has been plagued by crippling panic attacks and a debilitating fear of men. Looking to finally break this cycle of fear, she enlists the help of the one man she can trust, her childhood friend Eric Zellinger.

Eric Zellinger loves hockey, and he’s worked hard over the years to prove himself on the ice. But as the captain of the struggling Portland Storm, he’s got to keep his head in the game. Helping his childhood best friend’s sister get over her fears isn’t something he’s sure he can do, but he also can’t say no to the girl he’s been secretly in love with for years.

Hockey fans will appreciate how Gayle uses her knowledge of the game to enhance her story, and romance fans will find a new “book boyfriend” in Eric.