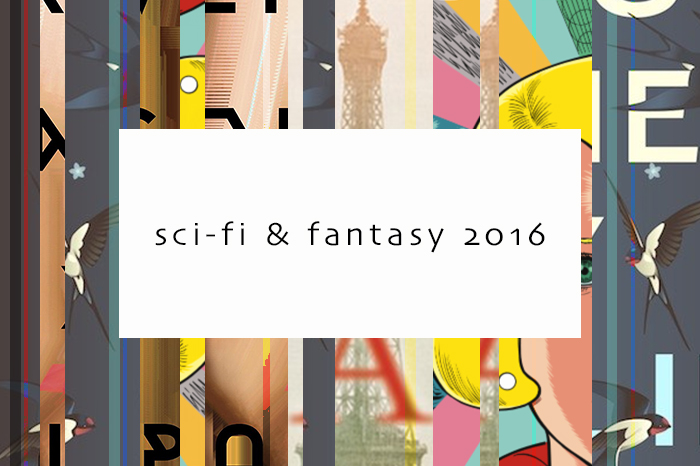 I’m feeling positive about 2016, as though it’s going to be a good year to be a nerd.

Despite a glut of click-bait articles arguing that The Force Awakens was actually a terrible film, the fans I saw leaving the theater were in a jovial mood, as though the phantom of Star Wars past had finally departed (yes, pun fully intended). I like to think it’s a good omen.

This year, we’ll see the first in a series of stand-alone Star Wars films coming to theaters, the conclusion to season one of the television adaptation of James S.A. Corey’s Expanse novels, and maybe, just maybe, we might finally see Winds of Winter, the long-awaited sixth volume of George R.R. Martin’s Song of Ice and Fire series.

As far as books go, I already have more 2016 publications on my to-read list than I’ll ever be able to get through in one year’s time, but here are a few titles in particular that I’m looking forward to in the coming year: 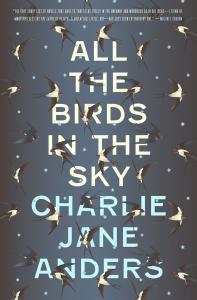 All the Birds in the Sky

In All the Birds in the Sky, the world is on the edge of an ecological apocalypse, and two childhood friends are pursuing very different solutions to the world’s ills: Patricia Delfine is a graduate from a secret academy for the magically gifted, now working with her fellow witches to bring healing to a damaged earth; and Laurence Armstead is a technological genius, working on a secret project to allow mankind to escape the planet altogether.

Author Charlie Jane Anders is perhaps best known in SF geek circles as editor-in-chief of the popular blog io9, but she has previously won the Hugo Award for her novelette Six Months, Three Days and the Lambda Literary Award for her YA novel Choir Boy.

All the Birds in the Sky, however, is Anders’ first adult novel, and the book has already received some glowing early reviews: Library Journal has called it “darkly funny and deeply melancholy… a polished gem of a novel,” and Publishers Weekly has suggested that the book will appeal to genre fans and mainstream readers alike. So you might want to check it out even if sci-fi or fantasy isn’t your thing. 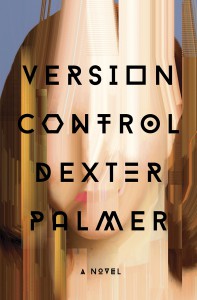 Dexter Palmer hasn’t published a novel since his 2010 Shakespeare-inspired steampunk novel, The Dream of Perpetual Motion, was selected by Kirkus as one of that year’s best debuts. Six years is a fair bit of time between novels, but if Palmer’s newest book, Version Control, is anything like The Dream of Perpetual Motion—a stylistically complex novel with ambitious, challenging themes—the delay seems entirely justified.

A star employee of an online dating company, Rebecca Wright is married to a physicist whose obsession with building a “causality violation device” has made him the laughingstock of the scientific community. But when Rebecca begins to have the persistent notion that something in her reality is slightly off, it seems as though her husband’s invention may not be so harebrained after all.

Palmer’s novel, which Library Journal calls “speculative fiction for the smart set,” isn’t due to be released until late February, but you can place your hold now via the library catalog. 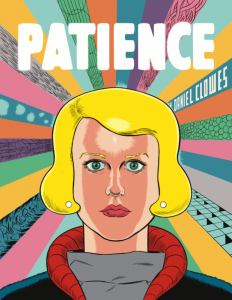 Ghost World, Daniel Clowes’ darkly humorous graphic novel of aimless suburban adolescence, has become something of a cult classic since it first appeared back in 1997, so I have great hopes for Clowes’ forthcoming sci-fi graphic novel Patience—his first all-new, original graphic novel in more than five years.

Apart from a few sample pages, publisher Fantagraphics hasn’t revealed much else about what it has called “an indescribable psychedelic science-fiction love story,” but I imagine, given Clowes’ following, that this will be one of the most talked-about science-fiction graphic novels of 2016. Due out in March and available for placing holds now. 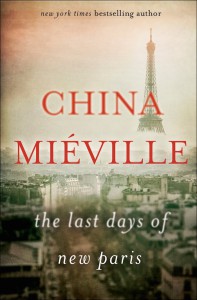 This Census Taker and The Last Days of New Paris

Fans of New Weird author China Miéville will be happy to know that he has not one, but two, books out in 2016. His novella This Census Taker should be out by the time this blog gets posted, but as of my writing, the publisher’s summary provides more questions than details:

“After witnessing a profoundly traumatic event, a boy is left alone in a remote house on a hilltop with his increasingly deranged parent. When a stranger knocks on his door, the boy senses that his days of isolation are over—but by what authority does this man keep the meticulous records he carries? Is he the boy’s friend? His enemy? Or something altogether other?”

The advance reviews aren’t much more helpful, but they do make comparisons to other authors varying from Karen Russell to Kafka, and from what I’ve read of Miéville’s other short fiction, those comparisons seem apt.

Also out later this year by Miéville is a slightly longer novel, The Last Days of New Paris, wherein French dissidents resisting the Nazi occupation construct a surrealist bomb, a device that detonates by accident, sweeping Paris with “violent, weaponized dream logic.” The Last Days of New Paris isn’t due out until August, but if that kind of urban surrealism appeals to you, Miéville’s award-winning 2009 novel, The City & The City, might be the thing to tide you over in the meantime.

Connie Willis hasn’t published a novel since her diptych Blackout/All Clear in 2010. Maybe Willis—who’s won something like eleven Hugo awards and seven Nebula awards—just got tired of winning all the awards and decided to give some of the newbies a chance. But she finally has a new novel, Crosstalk, due out in October. I couldn’t find an official publisher blurb yet, but here’s a bit of how Willis herself describes it:

“It’s about telepathy—and our overly communicating world. It’s also about helicopter mothers, social media, Joan of Arc, sugared cereals, Bridey Murphy, online dating, zombie movies, Victorian novels, and those annoying songs you get stuck in your head and can’t get rid of!”

From the sound of it, something of a sci-fi screwball romance, but if Willis’ history is any indication, the novel will generate quite a bit of discussion this fall and in the SF award season to follow.

Sure, it’s still nearly a year until the next cinematic release for the Star Wars franchise, but Star Wars fans can take comfort that there will comics, novels, and other media to tide them over until then. In particular, two adult novels are due out in summer: Bloodline: New Republic by Claudia Gray due out in May and the next volume of Star Wars: Aftermath by Chuck Wendig in July.

Some other popular series will be getting new volumes, too. In May, League of Dragons will conclude Naomi Novik’s Temeraire series about dragons in the Napoleonic wars; Babylon’s Ashes, the next volume of James S.A. Corey’s Expanse series, is scheduled for June publication; And yes, maybe if you wish hard enough, Winds of Winter might finally arrive.

Are there any SFF novels you’re looking forward to reading in the New Year? Feel free to let us know in the comments!