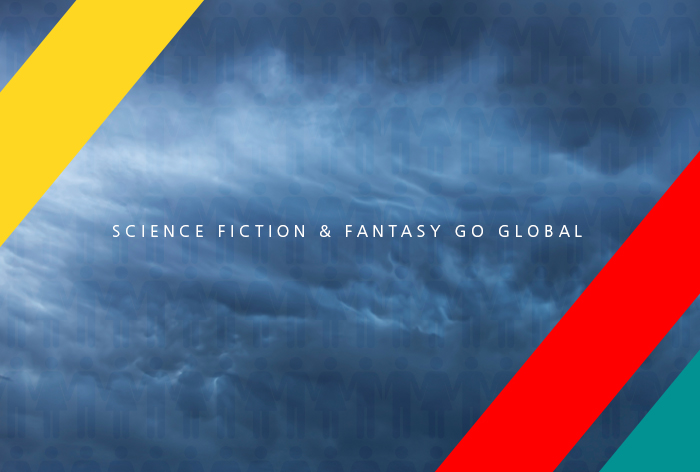 Yes, science fiction and fantasy have been global phenomena for a long time, but it feels like the last few years have seen an uptick in the number of foreign SFF novels getting English translations. Last year, The Three-Body Problem by Chinese author Cixin Liu became the first novel in translation to take home the prestigious Hugo Award for Best Novel. This year is shaping up to be another good one for fans of global SFF. 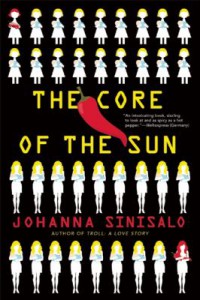 The Core of the Sun

In The Core of the Sun, Finnish author Johanna Sinisalo imagines an alternate reality in which Finland is a welfare state gone awry. Alcohol, tobacco, and even capsaicin—the mild stimulant found in chili peppers—have been banned for the health of the populace. And in the name of social stability, a rigorous system of eugenics has divided the female population into two distinct groups: the feminine but vapid eloi, who alone are allowed to reproduce, and the independent and intelligent morlocks, who are subject to sterilization and relegated to menial labor. With the need to raise money for her eloi sister’s wedding, the protagonist Vanna—a morlock pretty enough to pass as an eloi—falls into the sordid world of the illicit chili pepper trade.

Fans of Margaret Atwood’s feminist dystopias, in particular, should enjoy this book, which bears more than a passing resemblance to Atwood’s Handmaid’s Tale. 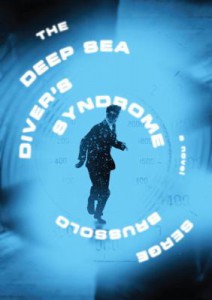 Lucid dreamers called mediums are able to bring back physical objects from their dream worlds, objects that manifest in the real world as blobs of living ectoplasm. These bizarre hunks of dream stuff have become an art sensation, displacing interest in traditional art entirely and transforming museums into clinical institutions where these living ectoplasms are cared for until they can be sold to collectors. In his own dreams, medium David is a professional thief, stealing jewelry and gems that transform upon his awakening into oneiric masterpieces. Dream diving eventually takes its toll on mediums, however, and David fears that he may be nearing the point where must either leave the business or risk mental collapse. One last, big heist—his final masterpiece—may be all he needs to get out of the business, but will he survive with his sanity intact?

Author Serge Brussolo is a bestseller in his native France, but The Deep Sea Diver’s Syndrome is the first of his novels to be translated into English. A short but intellectually demanding read, this book should appeal in particular to fans of “New Weird” authors like China Miéville and Jeff Vandermeer. 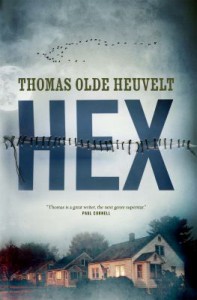 The picturesque town of Black Spring, home to some three thousand residents in New York’s pastoral Hudson Valley, would be a lovely place to live if it weren’t for the Black Rock Witch. Executed for witchcraft a few centuries prior when the town was still a tiny Dutch trapper colony, the woman roams the streets and homes of the town at will, her hands bound by shackles, her eyes and mouth sewn shut. The stalwart locals have learned to live with the terrifying specter. However, an Orwellian system of high-tech surveillance and a strict code of silence ensures outsiders never receive word of the town’s terrifying secret. That all comes apart when the town’s teenagers, tired of living under virtual quarantine, decide to go viral with the phenomenon.

In the process of having the book translated from the original Dutch, the author, Thomas Olde Heuvelt, decided to Americanize a few details in the process, most notably transferring the setting from the Netherlands to rural New York State. So fans of supernatural horror who might otherwise be put off by the idea of reading foreign fiction may still want to give Hex a try. 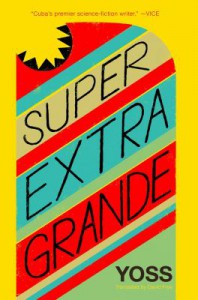 Intergalactic veterinarian Dr. Jan Amos Sangan Dongo specializes in the treatment of very big alien animals—super extra grande animals—like the mile-long sea worms known as tsunami or the mountainous amoeba of the planet Brobdingnag. So when one such titanic creature swallows two ambassadors sent to negotiate a delicate peace between a human colony and its alien neighbors, Dr. Sangan is tasked with the daring but messy job of retrieving the pair and bringing peace to the galaxy.

The mononymously named author, Yoss, is himself quite a character, moonlighting as frontman for the heavy metal band Tenaz, in addition to being one of the most prolific authors among the small but vibrant Cuban science-fiction scene. Super Extra Grande is the second of his novels to be translated into English, and fans of satirical space adventures like those of Douglas Adams may want to give this one a try.