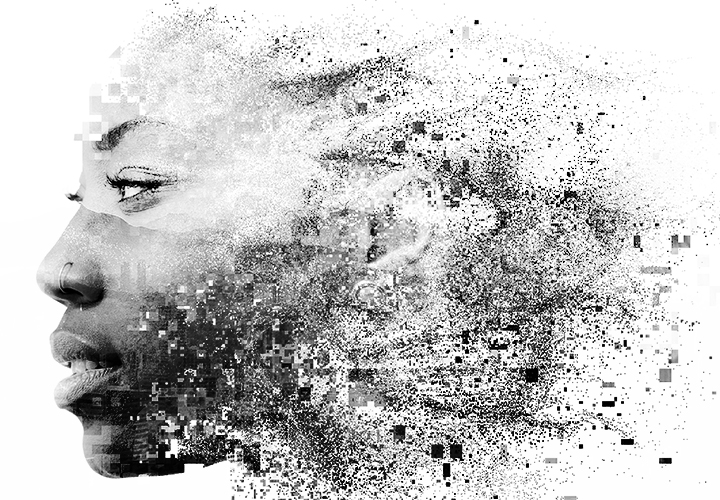 For me, there is no question that dystopian author Philip K. Dick was a visionary. And interestingly, the physical appearance of his female characters tends to have a direct correlation to their level of intelligence (I’ll let you discover which way the correlation falls out). Reading his novels and stories for a month straight was a bit of a “dude” fest. Yet I wasn’t quite ready to leave dystopian worlds behind, so I decided to hunt down some dystopian fiction written by women or with female protagonists.

How do women pick up the pieces when the world falls apart? There are a wealth of reading choices at the Library District to find out. 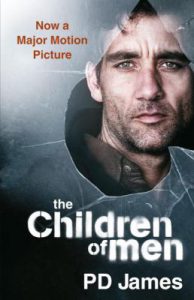 In this novel, James depicts a world where the human race is no longer able to procreate, and there is no explanation. In the face of overwhelming despair and a world with no future, humanity is slowly degrading. Her imagery of a childless woman pushing a doll through the park in baby stroller, only to be stopped by another woman who savagely smashes the doll, is an all-time favorite. Unfortunately, this scene didn’t make the cut in Alfonso Cuaron’s film adaptation. In the movie, Clive Owen’s depiction of the apathetic Theo is spot on, if a few decades younger than the literary version. And the always delightful Michael Caine provides some much needed comic relief. After all, even dystopia has its humorous moments, although sometimes leading to hysteria.

Song recommendation: “It’s the End of the World as We Know It (And I Feel Fine)” from Document by R.E.M. 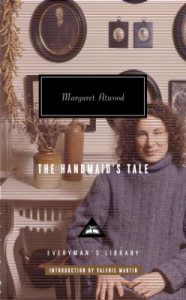 The Handmaid’s Tale, by Margaret Atwood

Margaret Atwood’s novel The Handmaid’s Tale has been adapted to the screen by Hulu, and I can’t wait to see it. You know that feeling you have when one of your favorite books gets adapted—that weird mix of apprehension and hope—of tingling fingers and nausea induced by possibility? It’s the fear that the studio is going to ruin one of the best stories ever! This newest Handmaid’s Tale project definitely gives me that feeling.

I first read Atwood’s vision of a world where women are literally second citizens held hostage by their fertility by the time they become teens. Her words would run through my head as I tried to battle my way through the peer pressure and identity turmoil of high school—lines like “All you have to do, I tell myself, is keep your mouth shut and look stupid. It shouldn’t be that hard.” I too had that feeling of existing in an alien society—one where I didn’t want to fit in but had no other options. It was an easy idea to identify with at that time in my life.

Upon rereading The Handmaid’s Tale a few months ago, I noticed that different lines struck a chord with me:

“Better never means better for everyone… It always means worse, for some.”

“It isn’t running away they’re afraid of. We wouldn’t get far. It’s those other escapes, the ones you can open in yourself, given a cutting edge.”

Atwood’s vision has lost none of its power or insight. The line about running away has a surprisingly hopeful air of resistance to it: We will find the other escapes, wherever they’re hiding. If you have read the novel previously and want to dive in again, there is even an audiobook performed by Claire Danes available for purchase.

Song recommendations: “Mad World” and “Everybody Wants to Rule the World” by Tears for Fears 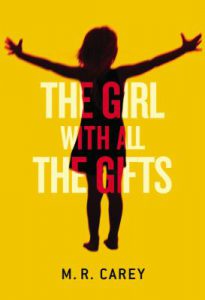 The Girl with All the Gifts, by M. R. Carey

This dystopian novel blew my mind. I was literally laughing and crying by the end. The protagonist, Melanie, will haunt me for years. She is one of the best child protagonists I’ve ever read. Her heartfelt wonder at the horrifying world she inhabits, and then dismantles, was exhilarating. My favorite line is. . .

“In any case, the countermove to a confession is an absolution, unless you think the sin is unforgivable.”

It nicely summarizes the way the novel explores concepts of forgiveness and accountability and the question of what is worth sacrificing and what is worth saving. A British film adaptation is available, and yes, I’m nervous they will ruin my beloved Melanie. But I have to watch because I can’t seem to let go of her.

Song recommendation: “Zombies” from the album Awaken, My Love! by Childish Gambino 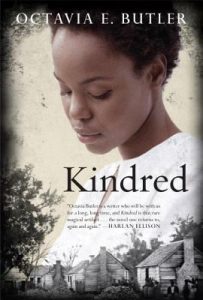 This book had been haunting my to-read list for years. And once I read it, it was everything I’d hoped and feared it would be. Although not traditionally lumped in the dystopian category, Kindred certainly describes my idea of a dystopian nightmare—one that existed in this country’s not-too-distant past. Dana Franklin is a modern-thinking black woman in 1976 in Southern California. While moving into her first home with her white husband, Kevin, she is transported back to a slave plantation in the early 1800s where she repeatedly saves the life of the plantation owner’s son. What is drawing her to the past? What is her connection to the little boy? Most importantly, does saving this child save Dana as well? It is an intriguing mix of time travel, historical fiction, African American literature, and nightmare. Kindred’s genre is hard to pinpoint, and it’s hard to put down. The graphic novel adaptation by Damian Duffy does full justice to the more horrific aspects of the story yet with a deft touch that never tips too far toward the gratuitous.

Song recommendation: Any song by Nina Simone, especially “I Wish I Knew How It Would Feel to Be Free”