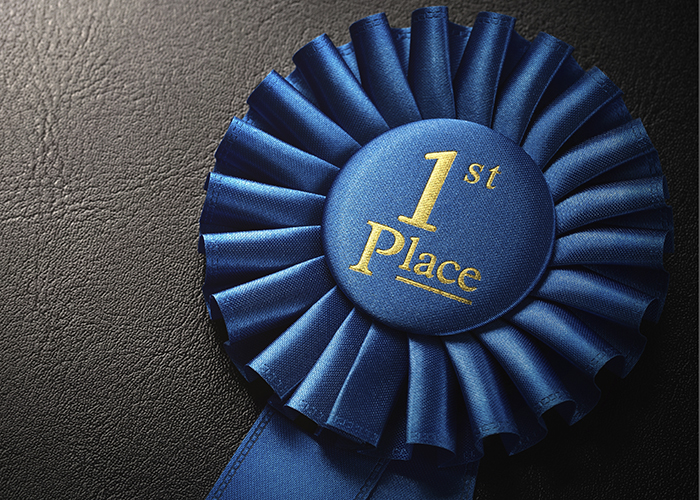 The Hugo Awards, arguably the most prestigious awards in science fiction and fantasy, are awarded every year at the World Science Fiction Convention, which this year is being hosted in our very own Spokane. And, as our luck would have it, this year the award nominations have also turned out to be front and center of an ugly political controversy. Now, it wouldn’t be appropriate for me to take a side here on this blog (though buy me a beer after work hours and I’ll happily opine you into a state of stultifying boredom), but let’s just say it’s a bit of a mess.

Even my attempt to find a disinterested, apolitical accounting of this year’s controversy has proved to be difficult. The very brief summaries in Library Journal and Entertainment Weekly are about as close as I could find. A.V. Club’s Alex McCown and io9’s Charlie Jane Anders have more detailed accounts, but both are quite obviously frustrated with the whole ordeal. And Salon writer Arthur Chu’s take on the controversy is decidedly not neutral, but at least provides some interesting cultural and historical context. If you’re truly interested, those links ought to give you more than enough background. I won’t bore you further with the details here, except to admit that I was initially frustrated with the news for my own selfish reasons.

As a sci-fi and fantasy fan with a day job and not nearly enough time to read even a fraction of what gets published in a year, I depend upon awards like the Hugos to help me figure out the titles among the previous year’s publications that are worth adding to my to-read list. However, if you’re looking to flesh out your own to-read list, the Hugos are hardly the only book awards out there. So, to help with that, here’s my short list of book award alternatives for my fellow sci-fi and fantasy readers:

The Nebula Awards are the other big name in sci-fi and fantasy literature, with the nominees and winners chosen by members of the Science Fiction and Fantasy Writers of America (SFWA). The 2014 nominees were released in February, and the winners will be announced in Chicago this June at the 50th Annual Nebula Awards Weekend.

There’s quite a bit of overlap between the Nebula and Hugo lists, but also a few books you won’t find in the latter, including: The Three-Body Problem, by best-selling Chinese author Liu Cixin, and Acceptance, the conclusion to Jeff VanderMeer’s excellent Southern Reach Trilogy. The Nebula nominations also include an entire category for Young Adult Science Fiction and Fantasy, which is well worth checking out.

The Locus Awards are awarded annually by the science fiction and fantasy fan magazine Locus, with the winners chosen by a poll of the magazine’s readers. The 2015 winners will be announced in Seattle this June, but the previous year’s list is available on their website. Some of the highlights include:

The Goodreads Choice Awards are another helpful resource when planning your to-read list. It’s less formal than the others—there’s no big awards banquet and no formal membership required to vote, just a free account on the social cataloging site Goodreads—but it’s arguably one of the more thoroughly democratic of the available book awards.

Fellow nerds may also want to check out last year’s winners in the following categories:

The voting on Goodreads does tend to swing hard toward the most popular sub-genres–a fair bit of paranormal romance in the fantasy category, for example, and superheroes among the graphic novels–but even if those aren’t your thing, you’ll likely still find titles among the runner-ups that peak your interest.

The James Tiptree, Jr. Award is another one I’d strongly recommend checking out. The Tiptree Award isn’t shy about admitting that it has a particular social goal in mind, “to reward those women and men who are bold enough to contemplate shifts and changes in gender roles” through the medium of science fiction and fantasy.

If you’re looking to expand your mind and your to-read list, you could do worse than to browse through their selections. Among the more recent award winners and honorable mentions, the library owns:

And remember, if you see anything on those award lists that you want to read and the library doesn’t already own, you’re always welcome to send us a request. Happy reading!