Bicentennial of a Monster’s Birth 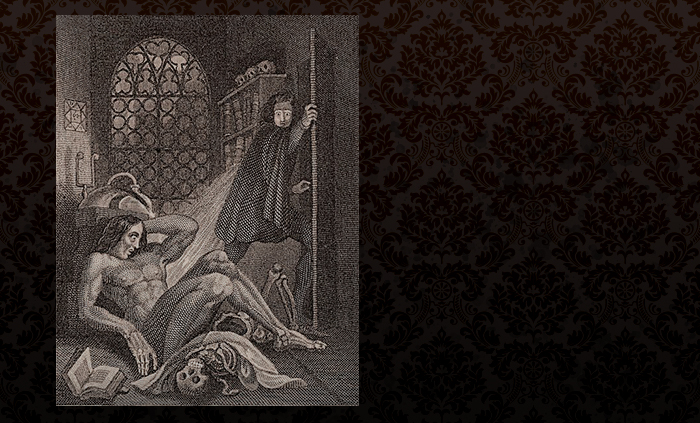 On January 1, 1818, the debut novel of a 20-year-old woman was anonymously published in London. Within five years, a second edition was released and a play based on the book premiered. The novel and its spin-offs remained a hit, and in 1910, Edison Studios created the first movie based on Mary Shelley’s Frankenstein.

Two hundred years after its first publication, Frankenstein has never gone out of print and over 50 movies have featured a version of the famous monster invented by Mary Shelley.

The book’s genesis is a much-told story itself, recounted by Shelley in her 1831 introduction to the third edition. During the “wet, ungenial summer” of 1816, she and her poet husband Percy Bysshe Shelley visited Lord Byron in Switzerland. Rainy weather confined them indoors, so they began reading ghost stories for amusement. One day, Byron suggested they each write their own ghost story. Frankenstein became Mary Shelley’s answer to that challenge, a task she defined as “One which would speak to the mysterious fears of our nature and awaken thrilling horror—one to make the reader dread to look round, to curdle the blood, and quicken the beatings of the heart.”

From today’s vantage point—with defibrillation as standard medical practice and hand transplants a reality—it can be hard to imagine why reanimation by electric shock would “awaken thrilling horror.” But in 1818, the biological sciences were in their infancy. Medical experiments were unsterile, unregulated, and unsavory. The legal way to acquire cadavers for anatomical research was to go to the courts and collect the bodies of hanged criminals.

In the 1790s, Luigi Galvani, a “natural philosopher” (as scientists were called in those days) had discovered that muscle tissue contracts when exposed to electric currents—even dead muscle. Dubbed “Galvanism,” this discovery led to much experimentation. Some sensationalists even tried to electrically revive the bodies of hanged criminals in gruesome public spectacles. 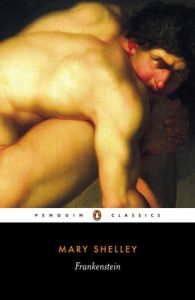 This is the cultural context into which Mary Shelley gave literary birth to Victor Frankenstein. A common misconception is to think “Frankenstein” is the name of the creature cobbled together and electrified back to life. But Frankenstein is actually the student of science who makes the monster. In other words, Shelley has the distinction of creating not only one of the most enduring monsters of the modern world, but also the world’s first mad scientist.

The novel’s main plot (without giving away spoilers) is that Frankenstein succeeds at creating life from dead matter, only to abandon his creation. The creature survives on his own and eventually lashes out against Frankenstein, the absent father figure who never accepts or takes responsibility for what he has unleashed upon the world.

Ostensibly the horror we experience is Frankenstein’s, as his spurned creation takes violent revenge. But equally moving, if not more so, is the existential horror the creature endures. Rejected by his creator, the “daemon” must survive alone with no name, no love, and no refuge.

Shelley makes clear through prominent textual clues that she feels split loyalties between creator and creation. One such clue is found in the novel’s full title, Frankenstein, or The Modern Prometheus. This Classical reference reveals sympathy for the creator. In ancient Greek mythology, Prometheus created the human race from clay. Later, he defied the other gods to give humans fire—a deed for which he was punished with eternal physical torture. As the Modern Prometheus, Frankenstein suffers primarily mental torture as his guilt, coupled with his creation’s threats and deeds, continually torments him. 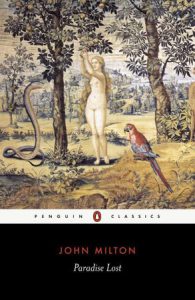 At the same time, the novel’s epigraph sympathizes with the monster. On the title page of the 1818 edition, a quote from John Milton’s Paradise Lost expresses the voice of Adam after his fall from grace in the Old Testament:

Did I request thee, Maker, from my clay
To mould me Man, did I solicit thee
From darkness to promote me?

With this quote Shelley invites the reader to compare the creature with Adam. And unlike the grunting, galumphing Boris Karloff character in the famous 1931 film, the novel’s monster is an autodidact who has developed complex thoughts and eloquent speech. At one point he rationally bargains with Frankenstein: “I was benevolent and good; misery made me a fiend. Make me happy, and I shall again be virtuous.” At another point, he rages “Unfeeling, heartless creator! You had endowed me with perceptions and passions and then cast me abroad an object for the scorn and horror of mankind.”

As this dysfunctional relationship continues to unfold, its metaphorical richness becomes more and more clear. Two hundred years later it continues to haunt us, transcending the particulars of its era. The struggle between Frankenstein and his creature evokes issues still relevant today, including, but not limited to:

During that rainy summer of 1816, Mary Shelley may have simply been trying to conjure a scary story, but what she left us with is much more. Her first and most famous novel simultaneously provides a gripping narrative and a compelling embodiment of philosophical quandaries that have no simple solutions. No wonder the story has such staying power!

For more on this great classic, explore Science Friday’s resources on Frankenstein’s bicentennial and On Point’s podcast “It’s Alive! Frankenstein at 200”. For spin-off books and movies, plus non-fiction materials, browse the Library District’s complete Frankenstein offerings, including graphic novels, children’s books, and DVDs.