Billie Holiday and the books to read for awareness and insight 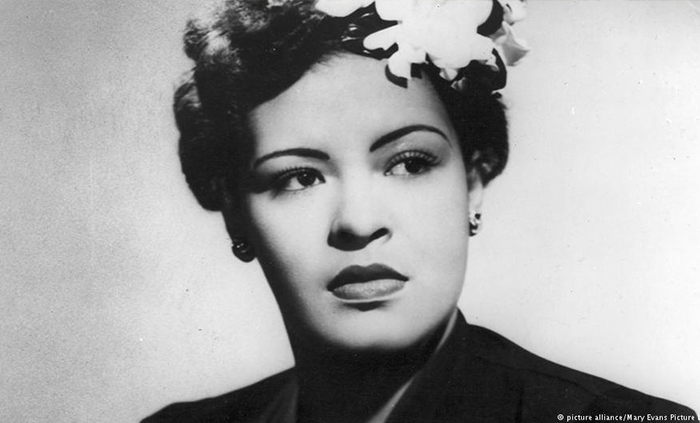 During my freshman year of high school, I was given the assignment to write a report on an important American. Although I had almost no exposure to her at that point—and I can’t remember what instigated the choice, except maybe the happy accident of hearing her on the radio—I selected the singer Billie Holiday. And I fell in love with Lady Day.

Her voice was magic—raw, yet smooth and deceptively light, with searing melancholy and strength all blended together in such a compact range. That, oddly enough, was my introduction to the great American invention that is jazz. Or at least, my introduction to the concept that brilliant African Americans had left in their wake a rich body of work that was rarely mentioned, sampled, or assigned in the predominantly Caucasian classrooms of eastern Washington, which I attended.

I would hear the names of revered writers and artists over the years—Hurston, Walker, Morrison, Lorde, Hooks, Davis, Butler, and Angelou, all available at the Library District—but there was little opportunity to explore them when the educational focus was so consistently directed toward a European history, and a male one at that. Diversity was sometimes mentioned but rarely studied.

I was reminded again of the gaps in my reading and cultural comprehension when, last fall, I finally read my first Octavia Butler novel, Kindred. Butler had been on my ever growing to-be-read (TBR) list for quite some time. I had been warned she was not an easy read, and that she broached the subject of slavery in a very personal way. Butler did open my eyes, sometimes brutally so. Yet her insight, vision, and strong female protagonist, who I couldn’t help but identify with, kept me reading Kindred. If Butler’s art was this glorious, who else had I been missing out on?

Zora Neale Hurston’s Their Eyes Were Watching God is another often overlooked, under read masterpiece. When I finally read Hurston’s novel, I was stunned by its language and imagery and the tenacity of its heroine. Learning how the book had finally been brought out of obscurity, by Alice Walker no less, shed a light on how many female African American authors and their work were obscured in the shadows of American literature, seemingly just beyond my literary vision.

February is fast approaching and is African American History Month. I encourage you to celebrate by reading our great African American authors, especially books written by women. Now seems like the perfect time to illuminate the diverse literary work of these talented women and I look forward to expanding my own understanding of the cultural diaspora that helped shape this country.

Zora Neale Hurston is an author who has always left me wanting to read more when I reach the final page. I’ve never had the pleasure of reading her non-fiction. So I’m delighted to learn that Mules and Men is available as an audiobook on hoopla. Here Hurston returns to her home town of Eatonville, Florida, to document the culture and folklore of her youth. Ruby Dee narrates.

Audre Lorde’s A Burst of Light and Other Essays is stunning. It was originally published in 1988. With the threat of fatal cancer looming, she wrote words that are no less brilliant, pertinent, and inspiring today.

Toni Morrison’s The Origin of Others keenly examines how American authors, white and black, have written about the concept of race and blackness.

Angela Davis’s Freedom Is a Constant Struggle compares the liberation struggle in the U.S. to global struggles throughout history.

Alicia Garza’s Who Do You Serve, Who Do You Protect? examines how police actions have influenced resistance movements like Black Lives Matter, of which Garza is a founding member.

Patrisse Khan-Cullors, also a BLM-founding member, sheds further light on the movement’s formation in her just released memoir When They Call You a Terrorist.

Bestselling author Roxanne Gay’s works are all brilliant: from Hunger to Bad Feminist to her first entry into graphic novels, Black Panther: World of Wakanda.

If you like dystopian science fiction as much as I do, then now is the time to discover the glorious new crop of talented authors is emerging is science fiction. Try N. K. Jemisin’s Hugo Award winning Broken Earth trilogy or Nnedi Okorafor’s Who Fears Death.

Nisi Shawl’s Everfair is another title I can’t wait to read. Rather than a dystopian future, Shawl examines an alternate, and in some respects a utopian, history—one in which the natives of the African Congo harness steam power before their Belgian usurpers.

Poetry lies particularly close to my heart. Sonia Sanchez’s Homegirls and Handgrenades lovingly pierces the brutal truth of race relations in the U.S.

Claudia Rankine is an author I only learned of through Sanchez’s work. And I am so grateful to have learned. Rankine’s Citizen: An American Lyric is a stark collection of poems and essays that made me reexamine contemporary U.S. events that occurred during my lifetime—some of which I remembered and some of which I had overlooked or maybe had been sheltered from.

Some of 2017’s most lauded poets are also available in the District’s catalog. Check out Morgan Parker’s There Are Things More Beautiful Than Beyoncé through our digital library and Eve Ewing’s Electric Arches from hoopla.

U.S. Poet Laureate Tracy K. Smith seems like the perfect author to linger on as I end this reading list. Her collection Life on Mars: Poems tackles many topics including science fiction and political dystopia, themes that align rather nicely with the stark, late-winter landscape surrounding us.

This is also the perfect time to enjoy the lovely, distinctive jazz vocals of Lady Day. She can serenade you with “Stormy Weather” when you aren’t listening to audiobooks. May your February be filled with fresh insights.