How’s that resolution treating you? 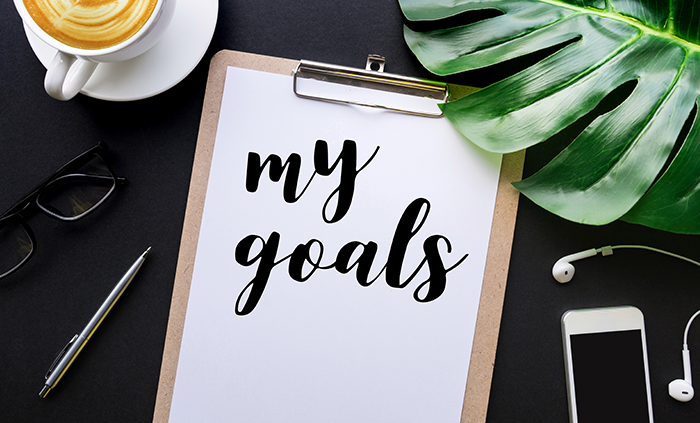 Hey! It’s March. Remember that New Year’s resolution you made way back in January? How’s that going for you?

Wherever you fall on that ladder, you probably at the very least thought about a resolution right around January 1.

I was curious, so I went around Spokane Valley Library asking staff if they made a resolution. I loved the responses I received.

One person made 18 resolutions! She makes the same number of resolutions corresponding to the year, so 18 in 2018. Mind you, some of those are goals that lead to or coincide with other goals, but how fun to have that many things to work on over the year. I especially liked her goal of coming to work dressed up once a week.

Personally, I decided to cut back on my small addiction to social media as my resolution. I told myself I would only check Facebook once a week, and now I only post pictures of my children for family far and wide to see their adorable faces!

Another colleague said she doesn’t make New Year’s resolutions. She believes that if you want to make a change you should do it when you feel it is necessary. The date of the year shouldn’t have anything to do with that decision.

Have you ever wonder where the tradition of the New Year’s resolution comes from? It has a surprisingly long and interesting history that can be traced back nearly 4,000 years ago.

According to Jeff Peterson, in an article published by the Deseret News, the history of making resolutions dates back to the ancient Babylonians. During a wild festival that lasted nearly two weeks, they would renew their vows of loyalty to their king and make promises to settle debts and return any borrowed items.

The Romans continued this practice, making it a bit more politically centered. According to Live Science, in the early days of Rome, city officials would gather before the senate to renew vows for the next year and swear in new officials.

In the Middle Ages, a ritual known as the “Vow of the Peacock” was described by Charles Dickens in his periodical titled, “All the Year Round.” At the Christmas feast, knights would in turn place their hands on a peacock (live or roasted) and speak to their continued commitment to the ideals of chivalry, much like an oath, for the next year. Then they would eat the peacock.

Historically, it isn’t clear where the shift from oaths of outward duty evolved to personal and internal resolutions. The first mention of the phrase “new year resolution” in print showed up in an 1813 Boston newspaper by an unknown author. He wrote:

“And yet, I believe there are multitudes of people, accustomed to receive injunctions of new year resolutions, who will sin all the month of December, with a serious determination of beginning the new year with new resolutions and new behavior, and with full belief that they shall thus expiate and wipe away all their former faults.”

Most of the resolutions people shared with me had nothing to do with past indiscretions but a legitimate desire to make good on positive goals. If you are seeking help with keeping your resolutions, you’ll find hundreds of books and resources, in the Library District’s catalog, about forming new habits and breaking ones you no longer find useful.

As for me, I feel that my small decision to change one thing in my life has led to other positive outcomes. One thing I noticed was that I had been getting bogged down in other people’s opinions and issues and not focusing on what really matters to me. So I have decided to start sending letters to close friends living in other states because I realized text messages and Facebook posts don’t give them the full sense of how my life is going. And phone calls?! Ha! It’s almost impossible for me and my friends to find a time that works for us to sit down and talk on the phone. The letters are a way to slow down and communicate in a more fully realized way with the people who are important to me.

All in all, I now find myself staring less at my phone and spending more time interacting with my sons and husband.

So, how about you? What have you decided needs a change this year and are you following through? I would love to hear about it!