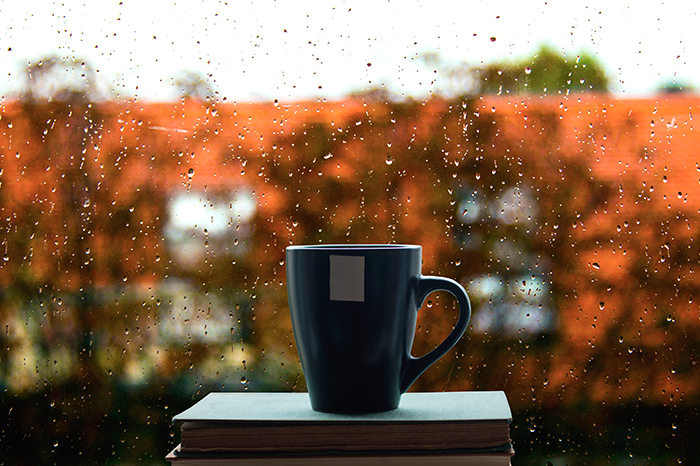 In my head, my home coffee table is something like the platonic archetype of coffee tables, with a few books arranged in a tidy stack, next to a generously sized mug–on a coaster, of course–still steaming with the fragrant, nutty aroma of freshly brewed coffee. And sometimes, for a rare and very brief window, after we’ve just retired from a flurry of tidying up to sit down with a warm beverage, it might look exactly like that.

More often, however, you’d have to hunt for the books buried between unopened junk mail, well-gnawed chew toys, game controllers, foam-crusted pint glasses, and a cup or two of day-old coffee now turned to cold, undrinkable mud. Being an adult is hard, guys. Nonetheless, there will always be books found among that detritus, and here are a few you might have discovered there recently: 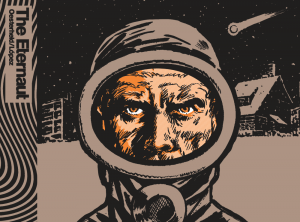 Originally produced as a serialized comic strip in a Buenos Aires newspaper in the 1950s, The Eternaut is considered one of the more important graphic and science fiction works to come out of Latin America, but until now, the collection has never been available in English translation.

An alien invasion story in the tradition of H.G. Wells’ The War of the Worlds and later pulp classics, The Eternaut features all the rollicking fun of ray guns and monstrous aliens that you’d expect from mid-century sci-fi, but the shadow of real-world political and military conflict looms never far from the surface: the threat of global nuclear annihilation suggests itself in the lethal alien snowfall that heralds the alien invasion, the long history of Argentina’s own violent internal conflicts in the guerilla war fought against the alien invaders, and the specter of tyranny in the aliens’ efforts to make human beings turn traitor against their own species.

An outspoken critic of Argentina’s military dictatorship, Oesterheld was disappeared by the government in the late 70s, but his legacy as one of the central writers in the Golden Age of Argentine comics continues to endure. And now, one of his most beloved works is available to English-language readers for the first time. 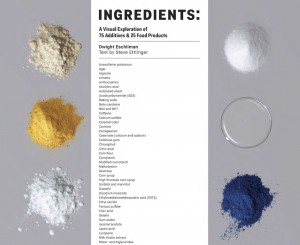 Once, in the wee hours of the morning, I was waiting in line at a 24-hour grocery store when the customer in front of me asked whether a particular vegetable was organic. The beleaguered graveyard-shift cashier replied, “Yes, it is definitely carbon based.” The customer didn’t quite get the joke, but if you do, you might also be interested in Ingredients, a visual and scientific exploration of modern food additives by photographer Dwight Eschliman and science writer Steve Ettlinger.

The additives documented in the book range from scary sounding but perfectly natural ingredients like monosodium glutamate (the compound that gives foods like mushrooms, meat, or ripe tomatoes their umami flavor) to purely synthetic additives like azodicarbonamide (the so-called “yoga mat chemical” that Subway removed from their bread after internet objections went viral).

The photos can be a little repetitive through no fault of the creators – turns out the world of industrial food is full of clear liquids and nondescript white powders – but taken as a whole, the book is a fascinating popular overview of the chemistry behind modern food production. 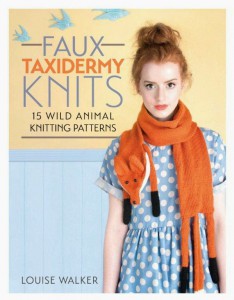 I had taken an unintentional hiatus from knitting, but Louise Walker’s whimsical take on fur clothing and taxidermied home decor was just the thing to inspire me to take up a new project. From relatively easy patterns like a coonskin cap made with fun fur yarn to more ambitious affairs like a five-foot-long tiger rug or a moose head suitable for mounting, Faux Taxidermy Knits should fulfill all the faux taxidermy needs that you previously didn’t know you had.

The patterns can be a bit advanced, so this probably isn’t the best place to start for new knitters, but there’s an appendix with descriptions of various basic knitting techniques in case, like me, you’ve forgotten a few things since you last picked up the needles. 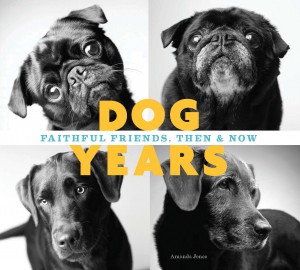 I’m a sucker for books of dog portraits, and the library has a lot of them – dogs in shelters, dogs in cars, and dogs in photo booths; old dogs, ugly dogs, and underdogs; wet dogs, wetter dogs, and dogs completely submerged; pretty much all the dogs you can imagine – but Amanda Jones’ collection Dog Years is a particularly bittersweet example of the dog photography genre, juxtaposing gorgeous black-and-white photos of puppies with images of the same dogs taken many years later.

Some of the dogs in Jones’ collection seem remarkably well preserved, with just a hint of accumulated doggy wisdom in their faces, but others wear their advanced years quite plainly in their droopy eyes and grizzled muzzles. It’s enough to make you want to run home and hug your puppy.