Peter Pan: The boy who wouldn’t grow up 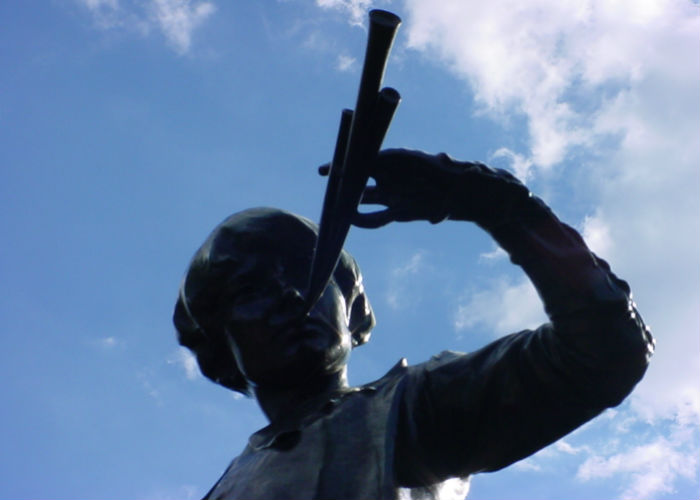 My first introduction to Peter Pan was Disney’s animated version; it became a bit of a childhood obsession. As an adult, I’m now aware of the cringe-inducing stereotyping in the Disney version. But as a child, all I knew was that Peter was fascinating and that Neverland was a place of magic. The character of Peter Pan is so enduring that his story continues to captivate audiences and readers decades after he was first introduced. Many alternate versions and spin-offs have been made over the years, including the upcoming movie, Pan, which will be released October 9 (they had me at Hugh Jackman!). When I saw the trailer for Pan, I started thinking about the many versions of Peter Pan I’ve encountered over the years and the ways that the story of the boy who wouldn’t grow up has enriched my life. 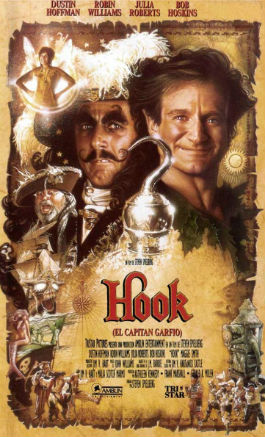 J. M. Barrie originally wrote Peter Pan as a play (and then famously rewrote it and added to it many times). While I have yet to see Peter Pan live on stage, my second introduction to Peter’s story was the musical version starring Mary Martin. This version originally aired live on NBC on March 7, 1955 to an audience of 65 million viewers. It was such a hit that it was eventually recorded and rebroadcast several times. In 1989, a VHS version was finally released, and promptly became a part of my childhood. At this time in my life, I was not so keen on getting older. I became slightly (ridiculously) obsessed with the boy who never grows up. To my parents’ chagrin, this version of Peter Pan, along with the Disney version, were watched ad nauseam for months. I remember watching and wishing as hard as I could that I, like Peter, would never grow up. Alas, “all children, except one, grow up.”

My next encounter with Peter Pan came in the surprising form of Robin Williams. In the movie Hook, Williams portrays a Peter Pan who has done what we thought he would never do—he’s grown up. Not only that, he’s forgotten all that came before. When Captain Hook kidnaps his children, Peter returns to Neverland, where he must rediscover his youth if he’s to have any chance of rescuing his kids. Hook was released when I was in that horrible phase between childhood and adulthood. I was a teenager (shudder)! I remember feeling relieved that just maybe it was ok to hold on to some of my favorite childhood activities a little bit longer. Of course, as long as nobody was watching, because if anybody saw me acting childish that would be SO embarrassing! When I re-watched this movie as an adult, it once again challenged me to hang onto my youthfulness. It also reminded me that seeing the world through a child’s eyes can be enlightening and enriching. 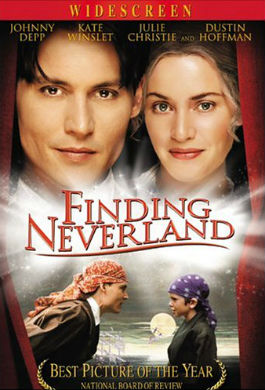 Peter Pan would not have existed if it were not for his creator. The movie Finding Neverland takes a peek into the world of J. M. Barrie, providing a glimpse into how he came to write his most iconic work. While not holding completely to the facts, the essence of Barrie’s relationship with the boys who inspired the character of Peter is tenderly captured in this film. Also, the acting is superb. This film is targeted to adults, who will appreciate the nuances of Barrie’s life and his belief in the power of imagination.

Now that I have children, I have enjoyed introducing them to the mischievous boy who refuses to grow up. After the original animated Peter Pan, Disney continued to capitalize on Pan’s popularity. This includes a series of movies based around the character of Tinkerbell. While I was at first skeptical of the Tinkerbell movies, I have been pleasantly surprised and enjoy watching them with my girls. Another Disney production is the animated show Jake and the Neverland Pirates. This one is a big hit with the preschool set (mine included). For now, we’ve stuck with animated versions of Peter Pan’s story, but I look forward to introducing my girls to the fabulous Mary Martin sometime soon. 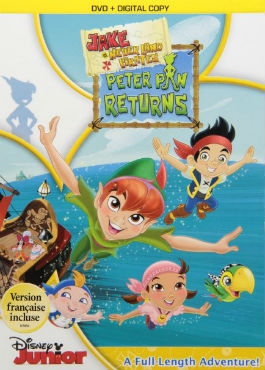 My fondness for Peter Pan has stuck with me throughout my life, even though I’ve become that dreaded thing—a grown-up. That’s part of the magic. As an adult, watching or hearing the story of Peter Pan brings me back to my childhood when a pretend world felt tangible and grand adventures were around every corner. If I could just find some pixie dust, I had no doubt I could fly. After all, Peter is the embodiment of youthfulness. Recently, I finally read the novel for the first time and was drawn in by Peter and his timeless tale all over again (Barrie adapted the play into a novel nine years after the play was first produced). Since I chose an annotated version, I also got fascinating glimpses into the life of J.M. Barrie and the boys who inspired the character of Peter. I’m glad I finally read the book, if for no other reason than that I now know what pieces of the original have made their way into other versions, and what has been added or removed.

As is evidenced by the many versions and spin-offs produced over the years, many more than I could name in this post, I’m not alone in my love of all things Peter Pan. I’ve enjoyed revisiting this classic story and recapturing a bit of my youth. So, if you are inclined, I invite you to: “Come with me, where dreams are born, and time is never planned. Just think of happy things, and your heart will fly on wings, forever, in Never Never Land!”

While this blog focused on screen versions of Peter Pan, his story has also been a popular muse for many writers, who have expanded and/or adapted his story. Check out the list below for some Pan-related reading suggestions:

Peter and the Starcatchers (Series) by Dave Barry and Ridley Pearson

Capt. Hook: The Adventures of a Notorious Youth by James V. Hart

Lost Boy: The Story of the Man Who Created Peter Pan by Jane Yolen