Q&A with Alex Zerbe, The Zaniac 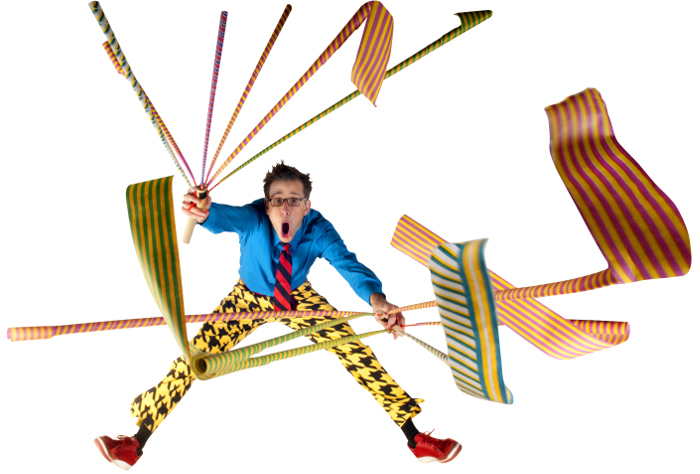 Alex Zerbe, The Zaniac, is performing at the Spokane County Library District and we couldn’t be more excited! His show zigzags between a comedic onslaught of absurd ideas and odd skills. Beatboxing, juggling, dancing, singing, music, and magic are just a few of the things he does to entertain the whole family.

Catch The Zaniac Comedy Show at one of our ten libraries, starting Monday, June 27. For a list of dates and library locations and all of our summer programs, visit our 2016 Summer Programs webpage. 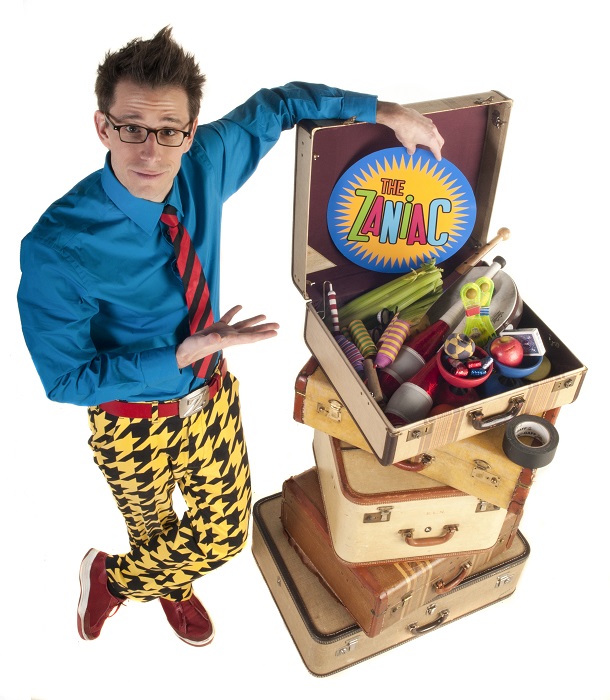 What is a Zaniac, and how did you become one?

Zaniac is a state of mind. A realization that life is too serious to take seriously. I’m pretty sure I’ve always been a Zaniac, but the word was created when I was trying to think of a tag line for my act. I had a long list of bad ideas, then my wife walked into the room and said, “How about the Zaniac?” And I realized I was glad I married up.

Which audience do you prefer performing for: adults or children? How do you approach creating shows for different audiences?

I like to perform for everybody. My favorite audiences are families. I want to perform for kids, teenagers, moms, dads, grandparents, and the exchange student from Zaire. I don’t necessarily develop shows for different audiences. I create material that I want to create and I think people will like.

I can’t remember the first joke I ever told, but I have great memories of collecting joke books and watching the MTV’s “Half-Hour Comedy Hour” growing up. I don’t remember much about the first time I performed, but I remember being SUPER nervous. The more you perform the less nervous you get, but it never completely goes away.

Do your family and friends think you’re as entertaining as the rest of us do? Follow up question: Is it possible to maintain a separation between your professional and personal life?

My friends think I’m entertaining—my family, not so much. I do maintain a certain level of separation between my personal life and professional persona. I’m not always “on.” This job is definitely a lifestyle. Yesterday I woke up at 6am, did three performances at two schools, came home, had dinner with the family, and spent the rest of the night packing for a trip to Ohio.

Would you say that humor is an innate gift or something that can be learned through practice? 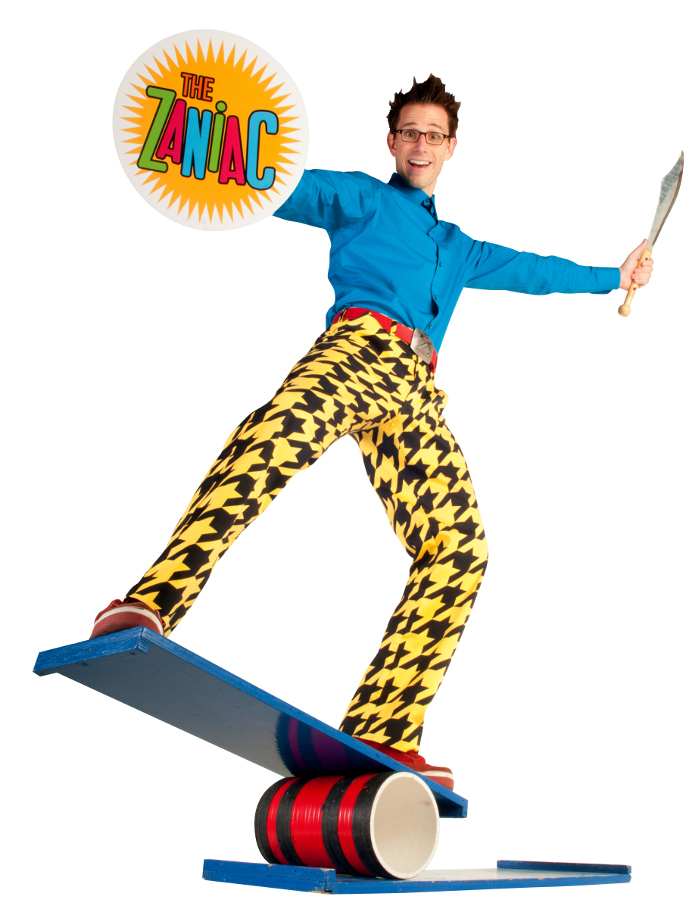 What advice would you give an aspiring Zaniac?

If you want to do cool tricks and make people laugh, you just have to do it. Trust the learning process, and don’t focus on the result. Enjoy the act of learning a new trick and accept that it’s going to be a slow process.

Write jokes and ideas. Most of your ideas and jokes will be terrible, but as long as you think of tons of ideas and jokes, you’re guaranteed to come up with some good ones. If you write 100 jokes and 95 of them aren’t funny, you just wrote 5 funny jokes. That’s pretty good!

Also, you absolutely have to bring your ideas into reality. If you have an idea that you think could be good, you have to make it happen or your brain will stop thinking of good ideas. Do something with your ideas! Get them out of your head and into the real world. Some of them will fail and some will work. My garage is filled with failed ideas and half-built props that didn’t work.

Lastly, create a short act, a 2–5 minute performance that has a beginning, middle, and end. Get out there and perform it to see what worked and what didn’t. Go back to your act and make adjustments, additions, and improvements. Repeat endlessly.

Right now, my favorite is a book called The Name of the Wind by Patrick Rothfuss. When I was a teenager, I liked Ender’s Game by Orson Scott Card, and when I was a kid, I loved Dr. Seuss. Reading books makes you a better performer because it makes you a better communicator. You’ll learn new words and new ideas. These are tools you can use in life no matter what you do. 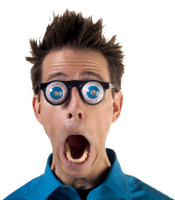 Alex Zerbe, the Professional Zaniac, moves like a rubber band from one end of the stage to the other. He is a Hacky Sack World Champion, was voted The Pacific Northwest’s Funniest Prop Comic, and is a two-time Guinness World Record holder. Zerbe has performed everywhere from cruise ships and comedy clubs to prime-time television in three countries, including “Americaʼs Got Talent!” and “Last Comic Standing.” Visit www.alexzerbe.com to see him in action.