Survival Secrets of a Part-Time Vegan 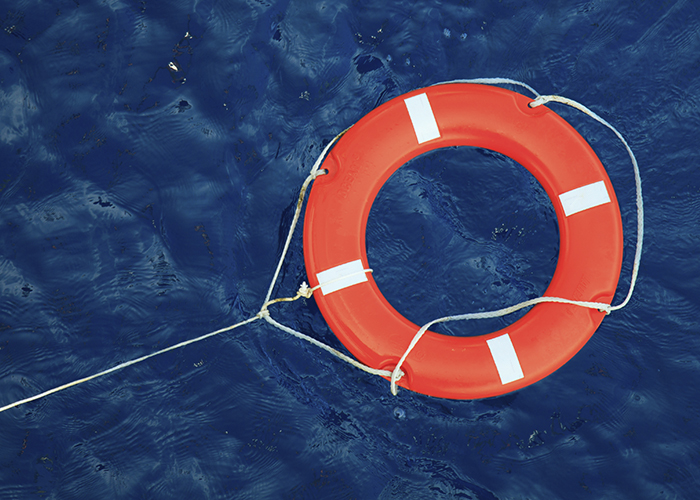 I’m not vegan. I’m not even vegetarian. But my beloved is, and for the last three years I’ve been experimenting with the world of tofu, tempeh, tahini, and tots (tots are totally vegan—look it up). While I haven’t become a full-on vegan myself, I’m impressed with my partner’s commitment to both the ideals of veganism and the culinary skill he wields in the kitchen. His dinners are little works of art—adventurous palettes of deep magenta radicchio, creamy Israeli couscous, and earthy marinated portabellas. I’m nowhere near as proficient as he is, but I’ve discovered I do have a special talent for making quick-and-dirty, vegan comfort food. Pot pies, “chef” salads, “chicken” and dumplings, and even a meal we’ve come to call “Vegan TV Dinner”—these are all meals where my culinary skills can finally shine.

I didn’t figure this all out on my own. I had lots of help, from Brian’s amazing collection of vegan cookbooks to many fantastic blogs and videos. Here are a few of my favorite cookbooks, followed by two of my quickest, dirtiest “recipes” (I’m putting the word recipes in quotes because these dishes barely qualify as cooking).

I love Isa Chandra Moskowitz. Not only is she a cheerfully tattooed, pop-cultural savvy advocate for meat-free eating, she has amazing recipes that I, an omnivore, constantly crave. She co-founded the legendary cooking community (and community access TV show) Post Punk Kitchen with Terry Hope Romero and has authored several cookbooks, including Veganomicon, Appetite for Reduction and her latest, Isa Does It. She also opened Modern Love, a vegan dining mecca in steak-centric Omaha, NE. What makes Isa even more amazing is that she peppers her cookbooks with puns, rock music references, and funny anecdotes. They’re the kind of thing you want to read out loud while you’re whipping up some hearty bean chili or chandra malai kofta (a ridiculously delicious yellow curry, with little falafel “meatballs”). If you, like me, find you can’t get enough of Isa’s brand of witty, slightly snarky veganism, be sure to check out her  “Make it Vegan” videos.

One of our frequent household complaints about some vegan cookbooks (especially those aligned with popular vegan restaurants), is that the recipes can be incredibly complicated—sometimes requiring you to make two or three ingredients before you can even start the main recipe. People, we have jobs! This is not the case with Vegan Casseroles by Julie Hasson. We’ve only had this cookbook for about a month, but I’ve already been impressed with how easy and tasty the dishes are, including old-fashioned tamale pie and classic mac and cheese. Hasson, who blogs at Julie’s Kitchenette, has a special gift for figuring out the easiest way to get to a particular flavor profile without a lot of complicated ingredients or instructions. You’ve got to love a tamale pie that’s out of the oven in less than 45 minutes.

by Sarah Conrique and Graham I. Haynes

Yep. It’s exactly what it sounds like. This goofy little cookbook is the perfect thing to have around when the munchies strike, and the helpful illustrations of anthropomorphized food items (all with half-lidded eyes and vacant smiles) will help you remember what items you’re staring into the refrigerator or wandering the aisles of the grocery store for. Even better, most recipes require just eight or less common ingredients. While some of the recipes (including Banana Dog) seem there merely for comedy, others are solid. Personally, I highly recommend the seitan stroganoff, which might not be very pretty but is comfort food perfection.

The title is unfortunate, given that the word “thug” has become co-opted as a racial epithet. The Thug Kitchen blog, in which a street-smart urban advises you in no-nonsense terms how to make pad thai and lavender lemonade, is hilarious; I confess it never struck me as being the voice of any particular race so much as a device to make veganism badass. The cookbook, compiled with a lot of material from the blog, is really good. My favorite dish to make is the Chickpeas and Dumplings, which is one of the more complicated recipes in the book but totally worth it. One warning: if you’re not familiar with Thug Kitchen, be ready for some foul language. I think that sort of thing is hilarious but I know it’s not for everyone.

Vegan Pie in the Sky

After all these delicious main dishes, what’s better than some dessert? Pie is my go to, and while it’s not necessarily quick, it satisfies in a way that cake just can’t. Vegan Pie in the Sky has the best, basic pie crust recipe—a perfect, flaky canvas for whatever you want to put in it. I like the recipes for the cherry, blueberry maple, and apple pies, but the best recipe in the whole book has got to be the pear frangipane tart. This amazing, almond and pear confection holds a special place in my heart as it was the very first thing my partner baked for me. After having whipped one up myself for Thanksgiving one year, I realized they’re also really fun to make. If you want to impress somebody with something delicious from the oven, the pear frangipane tart smells and tastes as lovely as it looks.

While I’ve never seen the cookbook, the webseries Vegan Black Metal Chef makes me laugh every time. A heavily made-up, black-taloned chef guides you through various vegan basics against a backdrop of black metal music. Lots of hissing vocals, goth subtitles, and some really terrifying kitchen knives, cooking implements, and studded black cabinets almost distract you from the fact that the food looks perfectly benign (and tasty).

Here are recipes for two of my own super fast, embarrassingly lowbrow vegan meals:

I made this up one night when I was craving a big salad but was also super hungry. It’s basically a big salad with a bunch of stuff on it, topped with a homemade dill dressing.