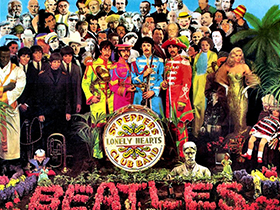 by Melissa Rhoades According to Rolling Stone‘s definitive list: 500 Greatest Albums of All Time, the Beatles’ 1967 album Sgt. Pepper’s Lonely Hearts Club Band stands as “the most important rock & roll album ever made.” When I fell in love with the album as a preteen in the early 1980s, I had no clue […]