The revealing nature of food 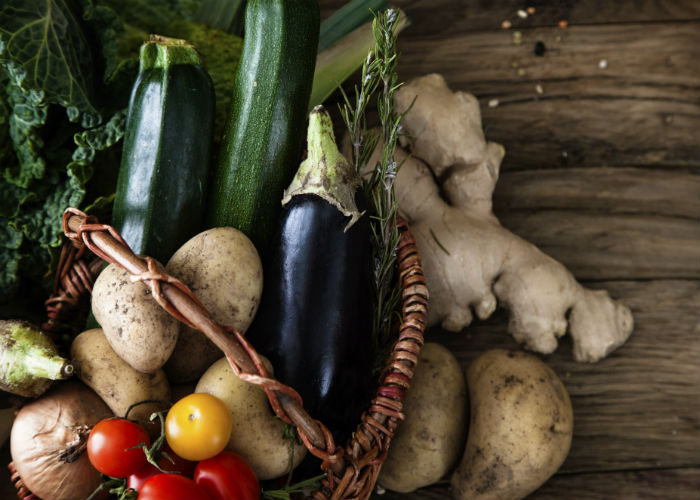 I’m still trying to recover from a recent viewing of The Supersizers Go…Restoration episode. Brits in the 1660’s consumed a disgusting amount of meat and ale. The average person drank two liters of ale a day and vegetables were considered unsafe to eat because they grew in the dirt. Venison was the most prized meat of the day and parmesan was a popular luxury item. Dishes served at mealtime included a variety of game in order to show off the riches of one’s estate.

For those unfamiliar with The Supersizers Go…, it is a BBC television series where comedian Sue Perkins and food critic Giles Coren spend one week exploring the culinary delights and circumstances of a particular time period. I wanted to vomit when Sue and Giles had to eat a pie-like dish known as a ‘coffin’ filled with various parts of game birds, including whole chicken heads and cockscombs, the fleshy part on top of a cockerel’s head. Despite the horror of eel pie and boiled pike, I found learning about history and culture through food to be both fascinating and insightful.

Food is a universal language that shapes our lives in ways we often don’t even realize. Your social and economic status, culture, environment, education, and religious beliefs all play a part in determining your diet. Everyone must eat to sustain themselves, but the type of food people consume around the globe continues to differ greatly through the ages.

The United States is currently the seventh richest country in the world. Many of us, myself included, are rather obsessed with food. Trying new restaurants or eating at one of my old favorites is an activity I thoroughly enjoy a bit more often than I should. I love checking out cookbooks from the library and my “Good Eats” Pinterest board devoted to recipe gathering is nearing almost 1,000 pins. When my boyfriend and I have the TV on, it’s almost always turned to the Cooking Channel. Brunch @ Bobby’s (my favorite cooking show) always leaves me salivating. I mean, how could anyone say no to s’mores French toast?

Thanks to things like the Cooking Channel and Food Network, food today is also an avenue by which chefs become celebrities and celebrities become “chefs”. Bobby Flay, Alton Brown, and Rachael Ray—just to name a few—are all household names. And everyone from Oscar-winning actress Gwyneth Paltrow to Grammy-winning musician Trisha Yearwood are publishing cookbooks left and right. These days it seems even celebrities with only a small claim to fame can get their own cooking show. Yes, I’m looking at you Haylie Duff and Tiffani Thiessen.

Certain foods can evoke powerful memories and, like music, transport you back to a different moment in time. I went to grad school in Chicago, where I was exposed to some of the best food in the country. Most of my fondest memories from that time period in my life revolve around dining experiences I shared with close friends—like getting up at 6:30am to stand in line for over an hour just to get doughnuts from the famous Doughnut Vault or splurging on chili and chocolate glazed salmon at Beatrix before seeing Wicked on Halloween night.

Our personal food choices indirectly and directly influence our health, disposition, and livelihood. One book about humanity’s relationship with food that I’ve always wanted to read is Michael Pollan’s The Omnivore’s Dilemma. Pollan argues that the question of what to have for dinner has confronted us since man discovered fire but how we answer that question now, in the 21st Century, may determine our survival as a species.

Reflecting on its historical impact, I can’t help but wonder what future generations will think about the food we consume today and how humanity’s relationship with it will continue to evolve over time.