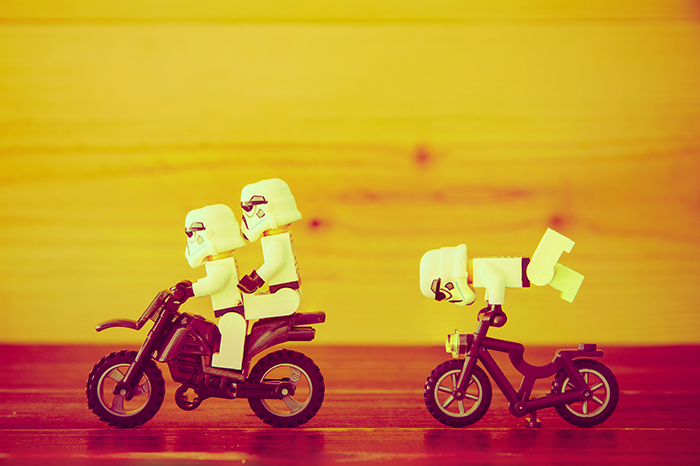 Eighteen months—we have to wait 18 months to find out what happens next! I can’t believe it. I don’t want to believe it. I think I’ll just curl up under my desk for the next little bit. I may also cry a little. Don’t judge me too harshly.

Like a couple million other people, I went to see Star Wars: The Force Awakens over the holidays and now must wait for the next film to debut (okay, I may have seen it another time since then, and just possibly have plans for one more showing). I keep telling myself that at least I won’t have to wait another 10 years for Star Wars VIII, but it’s a small condolence.

Even with the other six films, I just won’t have enough to last me the year and a half I have to wait for the next installment, or even the one year I’ll have to wait for Rogue One. And if you’re anything like me, you too might find yourself needing something Star Wars-like to get you through the next year or two, especially when you decide that you just can’t stomach another second of Jar Jar Binks or whiny Anakin.

Patience you must have, my young Padawan! The next film will be here soon enough. Until then, hopefully one of these Star Wars-like titles may just keep you from turning to the dark side.

When astronaut John Crichton is flung through a wormhole near Earth, he ends up in a distant galaxy run by a corrupt, military organization known as the Peacekeepers. Rescued by escaping prisoners, Crichton becomes part of the crew of the Moya, their living ship. In spite of simply wanting to return home, it isn’t too long before Crichton finds himself with powerful and dangerous enemies set on destroying him and his crew. 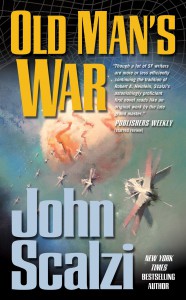 Space isn’t all it’s cracked up to be—not many planets are livable, including Earth at this point, and the Colonial Defense Forces (CDF) have been engaged in a brutal war with aliens for what few resources remain. At 75 years old, retiree John Perry is ready to join the CDF where he’ll be given a younger, genetically engineered body and sent out to protect Earth and her resources. He may not know what’s out there, but if he can survive just two years of service, he’ll be given a homestead plot on one of Earth’s colony worlds. It’s a good thing too, because once you’re committed to the CDF, you’re never allowed back on Earth.

Anyone who particularly enjoys Han Solo’s unique brand of humor and rebellion, should find Serenity and its story about a crew of unorthodox smugglers very appealing. Operating beyond the scope of the Alliance, a malicious, controlling government, the crew of the Serenity tries to eke out a living while keeping River Tam, an unstable teenage girl with potentially deadly abilities, out of the Alliance’s hands. While the film is a follow-up to Firefly, a short-lived (but amazing) television series, it is a fantastic stand-alone as well. For fans of the original series, most of the comics fill in the blanks between episodes; however, Vol. 4: Leaves on the Wind (available on hoopla and in print) picks up right where the film left off. 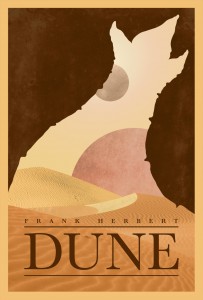 In the distant future, the absence of advanced computers and artificial intelligence has led humans to rigorously train their minds to accomplish complex tasks and intricate computing. Noble-born Paul Atreides’ family governs Arrakis, a desert planet with the only known source of the spice melange, a drug granting users longer life, greater vitality, and even prescience for some. It is the single most valuable commodity in the universe. The struggle for control of Arrakis, and her precious spice, will influence the Atreides family for millennia.

The extensive universe is shaped by the detailed storylines that build this into an over-the-top space-opera. For those wanting to start at the beginning, take a look through the official (at least for now) chronology, which includes Frank Herbert’s original titles as well as prequels and sequels from his son, Brian Herbert, and science fiction author, Kevin J. Anderson.

Read: Hero with a Thousand Face   Watch: The Power of Myth

Hero goes out into the world, encounters an incredible supernatural force, faces many struggles and trials, wins a victory over his foes, and returns with a great boon for himself and his community. While that may sound like a rough outline of the Star Wars films, it’s also, according to Joseph Campbell, a common theme played out in myths, legends, and stories since the beginning of time. If you’re interested in Joseph Campbell’s influence on George Lucas, make sure to watch The Power of Myth, where Campbell speaks about how his work directly influenced Lucas’ creation of Star Wars.

What I didn’t include in this list are the tons of Star Wars books out there, more than I could list in a blog post. While many aren’t considered cannon since the new film was released, they can be an interesting look at the rest of the Star Wars universe.