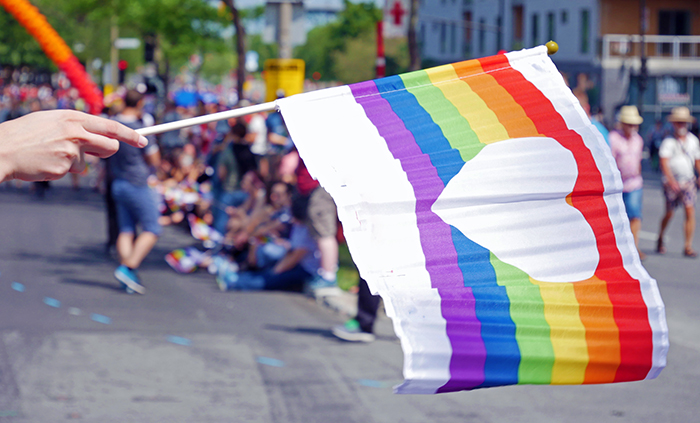 June is LGBT Pride Month in the U.S. and the time to spotlight LGBTQ artists and thinkers who might otherwise remain hidden in library stacks. As you may know, the library is an advocate for equitable access and for fundamental values that include equity, diversity, and inclusion and the protection of intellectual freedom.

In my first blog post for Pride Month, I highlight children’s books and share more about the history of Pride Month. In the second, I share a list of young adult novels, including Becky Albertalli’s Simon vs. the Homo Sapiens Agenda, which has also been made into the movie Love, Simon. In this third and final post for Pride Month, I’m focusing on LGBTQ books for adults.

Searching for adult LGBTQ romances is not too difficult, if you know how. A number of smaller publishing companies are dedicated to this sub-genre, so keeping an eye out for their new titles is one way to find them. Of course, if you ever have trouble finding an LGBTQ romance title, don’t hesitate to ask at the library. And you can peruse our eBook and audiobook titles on OverDrive.

For this list, I made a conscious effort to choose fiction genres that are not considered romance because these titles can sometimes be more difficult to find. So these five books feature protagonists in strange or everyday stories and introspective or irreverent narratives in the graphic novel, historical fiction, horror, fantasy, literary, satire, and science fiction genres. Some of the titles span across several of these genres. And as for romance as a secondary element, some of the books on this list have it and some don’t. 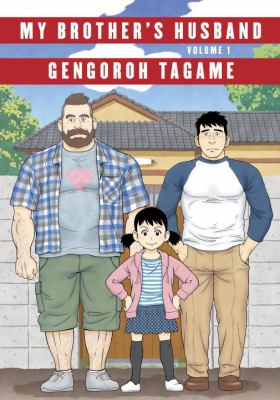 My Brother’s Husband, Volume I by Gengorah Tagame, translated from Japanese by Anne Ishii

My Brother’s Husband is a sensitive look at homophobia and family relationships in Japan. A manga translated from the original Japanese, this book is written from the perspective of a young father named Yaichi whose twin brother, Ryoji, died recently while living in Canada with a husband Yaichi had never met. When the big, friendly Mike arrives at his doorstep on the one-year anniversary of Ryoji’s death and Yaichi’s daughter Kana invites him in to stay, Yaichi is forced to come to terms with a homophobia he hadn’t fully realized he felt. Through Mike’s loud, often bumbling Japanophilia, Yaichi’s quiet interest and discomfort, and Kana’s indivertible curiosity, My Brother’s Husband explores love, family, identity, and cultural understanding. Although the book ends in what feels like the middle of the story, volume two is set to be published in September 2018. 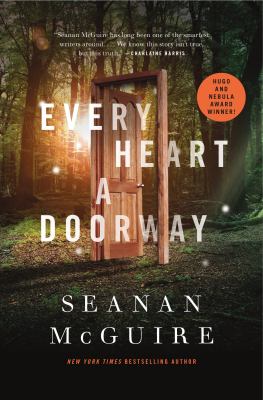 Every Heart a Doorway by Seanan McGuire

The Chronicles of Narnia, Alice in Wonderland, and The Wizard of Oz share a literary premise where children fall through thresholds into other worlds. But what happens after those children have performed their feats of heroism and return to their worlds? In this lyrical tale, Seanan McGuire offers one possible answer: they go into homes to heal with other once-lost children, all of whom wish, to some extent, to go back to the fantastic lands they loved. Nancy has just arrived at one such home for wayward children after returning from the underworld. However, Nancy, her talkative roommate Sumi, and their friend Kade discover a world of tragedy in their home world. Together, they must unravel the mystery of what’s happening or face further danger. Every Heart a Doorway is the first in the Wayward Children series, the fourth title slotted for release in January 2019. 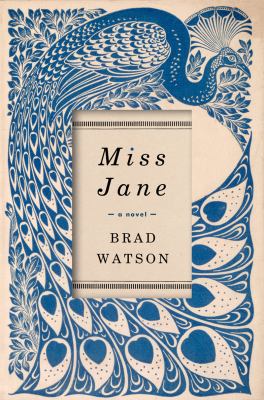 Jane Chilsom was born with a urological anomaly which renders her incontinent and incapable of having children. Inspired by the real experiences of Watson’s own aunt, Miss Jane is often a lonely story though not strictly a sad one. Living at the turn of the century, Jane finds herself unable to fulfill the expectations of wife and mother that society has for her. Still, she finds love in her relationships with Dr. Thompson, the doctor who took her in, and her sister Grace. Watson’s sober, peaceful voice offers an empathetic view into the imagined life of a woman who is unable to be what she’s been told she ought to be but who still lives a full life. 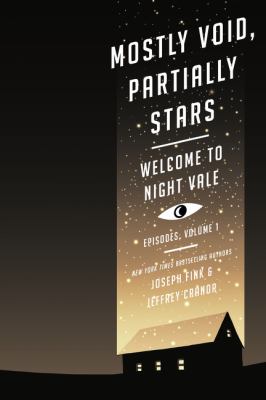 Mostly Void, Partially Stars contains the beautifully illustrated and annotated transcripts of the first year of the Welcome to Night Vale podcast series. In Welcome to Night Vale, readers become acquainted with a southwestern American town full of strange occurrences and stranger people. As the oddball news stories of Night Vale unfold, so too do readers begin to learn about the residents of Night Vale, especially the developing love story between Cecil, the narrator, and Carlos, a scientist introduced in the first episode. Welcome to Night Vale tells unerringly human stories, a none-too-easy feat in a world so full of the alien. Mostly Void, Partially Stars adds to the experience with Jessica Hayworth’s smart, beautiful illustrations and Jeffrey and Joseph’s insight into the inspirations and background for each episode. 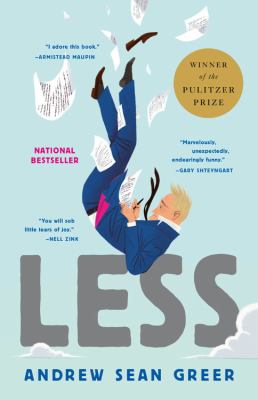 Acclaimed author Arthur Less is starting to feel washed up. Facing his 50th birthday and struggling to come up with his next novel, Arthur receives an invitation to the wedding of his ex-boyfriend. Going would be too awkward, but declining wouldn’t look good either. So what’s an author to do? Arthur settles on accepting every single author invite on his desk—no matter how strange or suspect—to fill up his calendar, which sends him on a whirlwind tour through every big city imaginable, from Ho Chi Minh to Paris to New York. As Arthur is tossed from one disaster to the next, you really get to know him and his keen sense of language and altogether human grasp of relationships, making him someone worth following around the world.