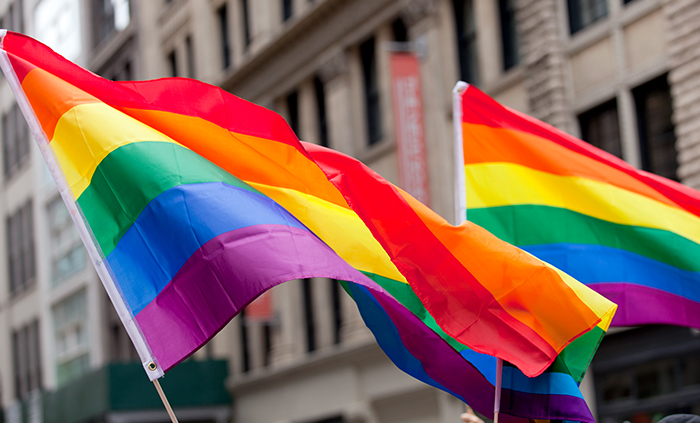 June is LGBT Pride Month in the U.S. Originally a week-long festivity, it honors the 1969 Stonewall Riots that culminated in a 51-block parade march from the Stonewall Inn to Central Park in Manhattan, New York. As it has evolved and taken many forms, Pride Month continues to commemorate the men and women who have lost their lives to hate and is a call for full and equal civil rights for LGBTQ individuals.

Libraries are institutions with a mission to represent equity, diversity, and inclusion and protect intellectual freedom. So during Pride Month, I am putting a spotlight on LGBTQ artists and thinkers who might otherwise remain hidden in our stacks.

Representation in media continues to rise for LGBTQ stories. In TV, GLAAD found 4.8% of series regulars in the 2016–17 season to be LGBT, up from 4% the previous year. Author Malinda Lo found that mainstream young adult books featuring LGBTQ protagonists rose from 54 to 79 between 2015 and 2016. However, the statistics show that LGBTQ individuals exist in stories, not whether readers are reading them or if they are realistic representations.

You will find the hashtag #ownvoices as a way for people to discuss the issue of good representation and misrepresentation in media. A discussion that touches on the very heart of fiction and the chance to inhabit the mind of someone other than oneself.

Roxane Gay, author of the 2017 memoir Hunger, often refers to the process of writing about others as “writing difference.” In one New York Times review, Gay says, “To write difference well demands empathy, an ability to respect the humanity of those you mean to represent.” An empathetic representation, then, might be what to look for. But while empathy is often easy to recognize, it’s hard to quantify.

For my own reading, I’ve searched for books that represent the spectrum of gender and sexuality: gay, lesbian, bisexual, asexual, cisgender, transgender, intersex, and more. I haven’t limited myself completely to stories written in authors’ #ownvoices, though I have looked out for authors that represent that spectrum.

There are many children’s books that feature LGBTQ characters or concepts (like these on OverDrive), and I have chosen five for the following list that lend themselves especially well to a conversation about gender, identity, love, and family. In upcoming blog posts in June, I also recommend young adult books for teens and adult titles that you may want to check out. 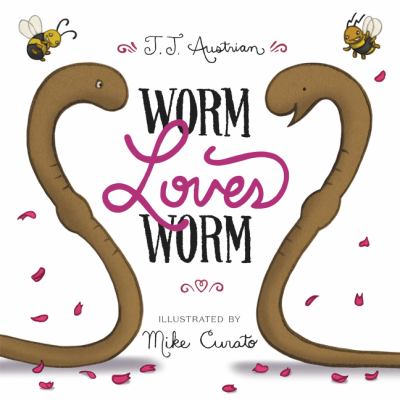 With charming illustrations, practical characters, and the repeated mantra of “Wait! You need…,” children reading Worm Loves Worm can participate in a seemingly endless parade of wedding preparations by guessing what the worms will need next. Worm and Worm remain relatively compliant throughout the story, eager to be married, but also eager to please and give each of their friends a role in their celebration. The gendered nature of wedding traditions begins to look rather silly on the genderless worms, and they meet each challenge without being especially bothered and come up with a creative solution by the end of the story. Worm Loves Worm gives you an opportunity to discuss with your child why traditions exist, how they might or might not be changed in order to keep true to the ideas they represent, and when it is or isn’t okay to bend to peer or societal pressure. 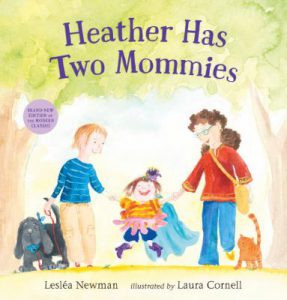 Heather loves the number two. She has two of everything: two eyes, two ears, two dogs, and two mommies. But when Heather goes to school, she learns that not every family looks like hers—some families also have daddies. When the differences between families begins to become clear, Heather and her classmates use drawings to learn what each of their families look like and discover that moms, dads, step-parents, grandparents, siblings, aunts, and uncles make for all sorts of family types, each family special to the person drawing it. This book is great for establishing some counting skills and for starting a discussion of what your own child’s family and friend’s families look like. 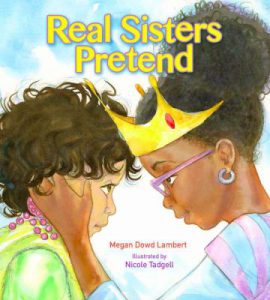 Real Sisters Pretend is the story of Mia and Tayja, two adopted sisters who enjoy playing pretend together. It is based on an overheard conversation by the author’s own daughters. When Mia recalls a woman asking if they are “real” sisters because they do not look alike, Tayja assures her that they don’t need to pretend to be real siblings—they already are. The story ends with a quiet revelation that the sisters have two mothers. Tayja’s assurance that adoption makes the girls real sisters opens up the opportunity for a wider conversation about how others may sometimes perceive a family versus how the family may perceive itself. 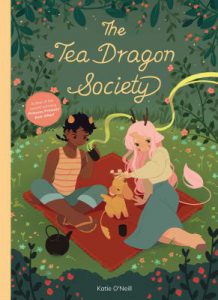 This graphic novel by the author of Princess Princess Ever After opens with Greta, the daughter of a faun-looking blacksmith, as she learns about the history of her craft. Soon after, Greta discovers a hungry tea dragon, meets an enchanting young girl with a mysterious past, and learns how the dragons bring people together. Sweet and unassuming in both story and illustration, The Tea Dragon Society presents a pair of same sex-couples without comment or fanfare. Greta and Minette experience an innocent sort of child love. As the story progresses, Greta learns from the dragons and Minette about the importance of keeping memory alive through stories and symbols.

While teen literature is increasingly interested in identity, and the part gender plays in identity, it can be difficult to find good children’s literature featuring transgender characters. George offers a sympathetic insight into the struggles of a very young person who knows she has been assigned the wrong gender. George feels stuck in the masculine role that has been assumed for her and forced to keep her true identity a secret—until an opportunity to play the titular role in Charlotte’s Web arrives. Faced with a teacher who refuses to let boys even try out for the part of the spider, George and her best friend come up with a plan to embrace her identity where everyone can see.