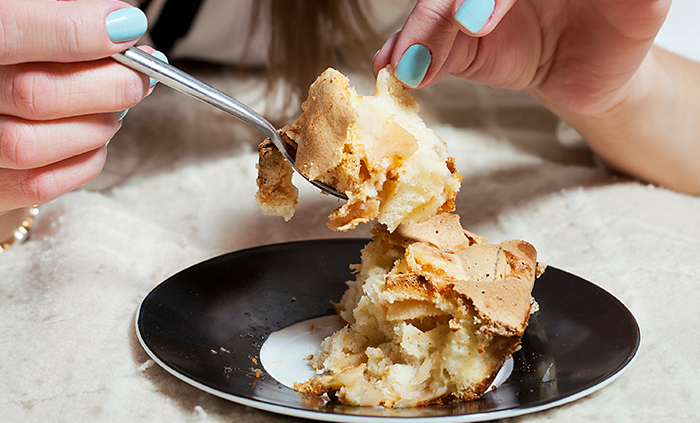 I’m a summer person. Long summer days swimming around the lake and baking dry on the shore, hiking through the woods, picking berries, tending to my ever expanding garden—it doesn’t get much better. After a long, sun-drenched day, I want to grill up something yummy and then collapse on the couch for a nice binge-watch session.

My favorite shows seem to have caught on to the fact that I’m stuffing my face while catching up with my fave protagonists. Spin-off cookbooks are popping up as fast as my kale bed. Heck, iZombie actually has little cooking segments in nearly every episode! That delightful show—based on the graphic novel series available at the library—may not have a spin-off cookbook yet, but you may be surprised which shows do.

The book that first led me down this strange literary culinary path is Like Water for Chocolate by Laura Esquivel. Her story of star-crossed lovers is woven together with culinary magic and drool-worthy recipes—like quail in rose petal sauce, yum!—to open every chapter. When I watched the movie, I could practically smell the delicious aromas wafting from the screen. 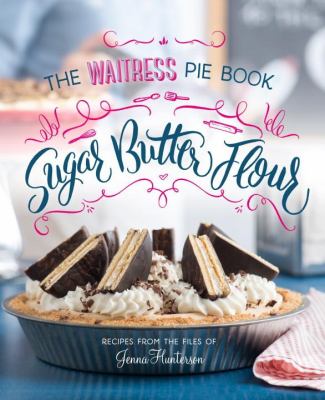 The movie The Waitress similarly stimulated my palate. Imagine my delight when I discovered the cookbook Sugar, Butter, Flour: The Waitress Pie Book. With so much flaky goodness, I giggled and nibbled my way through the movie, with a lovely slice of pie, all over again. 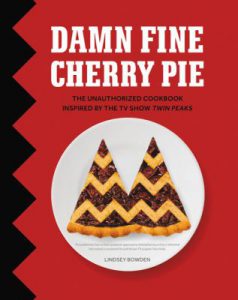 Next I cut into Damn Fine Cherry Pie, the unauthorized Twin Peaks cookbook by Lindsey Bowden. A diehard fan of this intriguing, if a bit mystifying, cult classic, Bowden actually created the Twin Peaks UK Festival. To me, Twin Peaks immediately evokes thoughts of black coffee and donuts. Apparently the author agrees, with nine donut recipes included in the cookbook’s pages, not to mention lots of tantalizing trivia. Hang out “Log Lady” style, and enjoy some chocolate chestnut log. 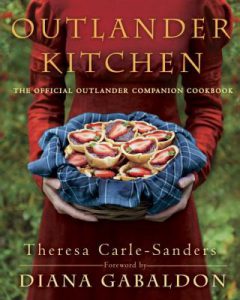 Some shows transport us to other times, other realms, or other realities. And what could be better than getting to taste other realities? I’ve loved Diana Gabaldon’s Outlander series for years. Hesitant as I was about the STARZ adaptation and casting choices, I can’t deny the show is glorious. And now with Outlander Kitchen, I can enjoy the sweeping Scottish countryside while nibbling on hare pie or oatmeal scones. Each recipe is introduced with a quote from the series to help stir up those memories. 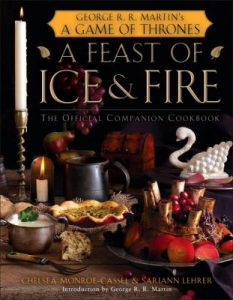 Although George R. R. Martin confesses he isn’t much of a cook, he did authorize A Feast of Ice and Fire, a delectable cross between Westerosi and ancient medieval cookery. Born of Sariann Lehrer and Chelsea Monroe-Cassel’s Game of Thrones inspired blog “The Inn at the Crossroads,” the sometimes ancient recipes are surprisingly user friendly for modern kitchens. 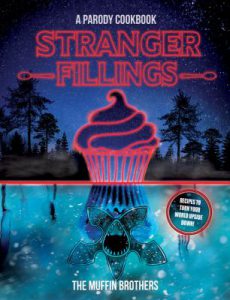 Like things a little darker? The Walking Dead Cookbook anyone?! I know, you aren’t a zombie yet. And when you become one, you will only want BRAINS! But this cookbook is full of great survivalist recipes as well as on-the-set stories. In a similar vein, Stranger Fillings by the Muffin Brothers is a delightful parody cookbook loosely based on Stranger Things. Included are creepily cute treats like demogorgon-zola tartlets. 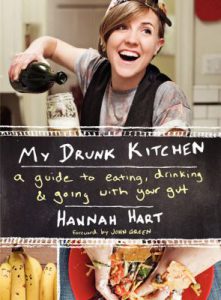 Want some lighter fare? Or maybe you’ve had a lovely summer cocktail or two but still need to make dinner, so you may need some supervision in the kitchen. Try My Drunk Kitchen by Hannah Hart. I’ve loved her YouTube videos for years. Her cookbook is just as hilarious and snort inducing, with a cocktail companion for every super simple recipe. 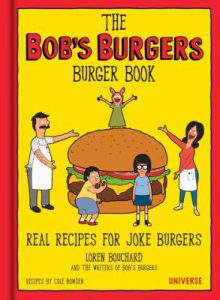 Some of my favorite absurdly funny shows have absurdly yummy cookbooks as well. The Bob’s Burgers Burger Book is fully loaded with greasy puns and tasty treats like the “Shake Your Moneymaker” burger and the adventurous “Parma Parma Parma Chameleon.” Don’t worry, the unusual ingredient is blueberry juice, not chameleon! 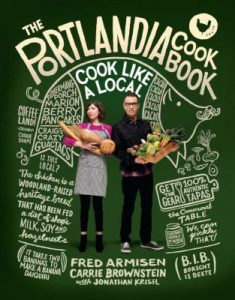 The Portlandia Cookbook: Cook like a Local has fantastic recipes from all your favorite skits and some great tips on kitchen gear (Swiss army knives should only be used for Swiss recipes, of course). It’s not all pickles and quinoa, I promise.