Should You Count Your Calories? 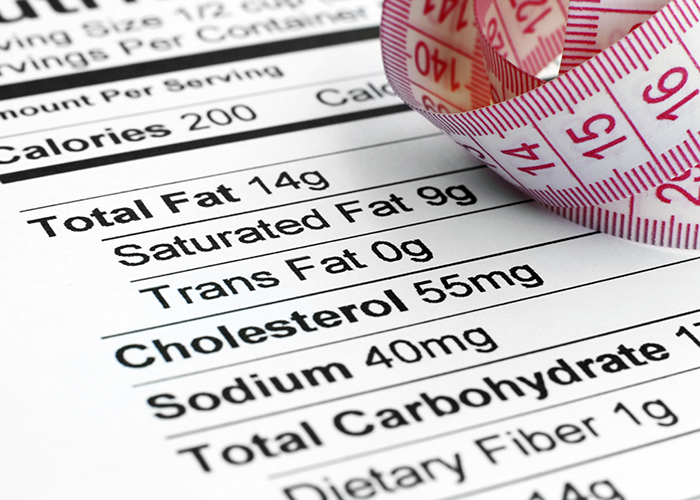 I’m a bit of a self-quantification nerd.

But I don’t count calories.

As a matter of fact, I hate counting calories.

Sure, most standard, run-of-the-mill dietary advice would lead you to believe that to lose fat, maintain your energy levels, or maximize performance, that you must painstakingly log every little bite of food that comes into your mouth. But I actually think counting calories sucks the enjoyment right out of eating, and that’s why when I make my morning smoothie, it’s simply a handful of this and a pinch of that, with absolutely no attention paid to measuring or scaling.

This is because I feel the same way about counting calories as I do about leaving the house for a run weighted down with a heart rate monitor, GPS Device, footpod, smartphone, and self-quantification wristband. Sometimes you just need to unplug and live simple – paying attention to the way that you look, feel and perform rather than to what your vibrating smartphone is announcing – and soaking in the beauty of nature rather than having your eyeballs locked into a tiny screen on your wrist.

However, that being said, sometimes quantification and counting is actually necessary.

For example, if you want to become a better cyclist, then knowing what it feels like to be pedaling at 300 watts is useful, and the only way you’re going to know that is to go out and ride a bicycle for several sessions with a power meter. Pacing in swimming is crucial, and knowing the proper pace to swim a 1:30 100 meter speed for 1500 meters requires you to watch the swim clock like a hawk for at least a handful of swim sessions. Or maintaining a high cadence while running will vastly improve your economy and efficiency, but to know what 90 steps per minute feels like when you’re running requires you to wear a foot pod for a few runs.

And when it comes to maintaining ideal energy levels, performance and weight, you do have to have at least some decent knowledge of what you’re putting into your body. For example, knowing that one large egg contains 71 calories, 6 grams of protein, 5 grams of fat, and 0 carbs, that you ate 2300 calories on an average Saturday and 1750 calories on an average weekday, and that your carbohydrate percentage is 30% of your daily intake actually requires you to log your diet – at least for a little while.

But unless incessant counting, using a kitchen microscale, and being a data hound makes you very happy, you don’t need to count calories or log your diet for the rest of your life.

As a matter of fact, I’ve personally counted calories just three times in my life:

So why have I counted calories and logged my diet just three times in my life?

Because that’s all it took for me to get a decent idea of the calorie, carbohydrate, protein and fat content of my meal habits at that point in my own personal diet. And after that, I simply quit counting and instead paid attention to the way I looked, felt and performed. If I ever make another major dietary switch, I’ll count again – even if just for a week to a month – to get a decent idea of the numbers behind what I’m eating. And then, just like I always have, I’ll stop as soon as I’ve wrapped my head around the numbers.

After all, logging your diet day-after-day for years on end is simply overrated.

Instead, you’d be very surprised at how much you can learn with just a little logging here and there. You’ll be able to take a quick glance at a banana, a slice of watermelon, a handful of cashews or a slice of pizza and have a pretty good idea of the quantitative nutritional content. You’ll also be able to know exactly how many daily carbohydrates you can eat before you noticed some flab in your abs, gas in your gut, or hitch in your step. You’ll know how much protein leaves you bloated and how much leaves you sore and under-recovered, and how many omega-6 fatty acids vs. omega-3 fatty acids you’re eating.

But you can become that kind of diet sleuth within just a few months – and not by incessant logging for life.

So you don’t have to count and track every tiny morsel of food that slips between our lips, and this simply isn’t true. Ironically, I’ve found that in most cases, the folks who stress the most about counting calories also struggle the most with disordered eating, weight issues and hormone imbalances.

But as you’ve just learned, there is some self-education value to logging your diet, even if it’s just for a little while. So if you were going to log your diet, what’s the best way to do it, and what values should you pay attention to? In the graphic below, you’ll find my top tricks and tools for tracking your diet. Enjoy, and be sure to read the “Nutrition” section of my new book Beyond Training for even more tips on optimizing the food in your life.

Ben Greenfield is an WellnessFX consultant, ex-bodybuilder, Ironman triathlete, professional Spartan racer, coach, speaker and author of the New York Times Bestseller “Beyond Training: Mastering Endurance, Health and Life.”  In 2008, Ben was voted as NSCA’s Personal Trainer of the year and in 2013 was named by Greatist as one of the top 100 Most Influential People In Health And Fitness. Ben blogs and podcasts at Ben Greenfield Fitness, and resides in Spokane, WA with his wife and twin boys.